In memory of Captain Steven Gaudet 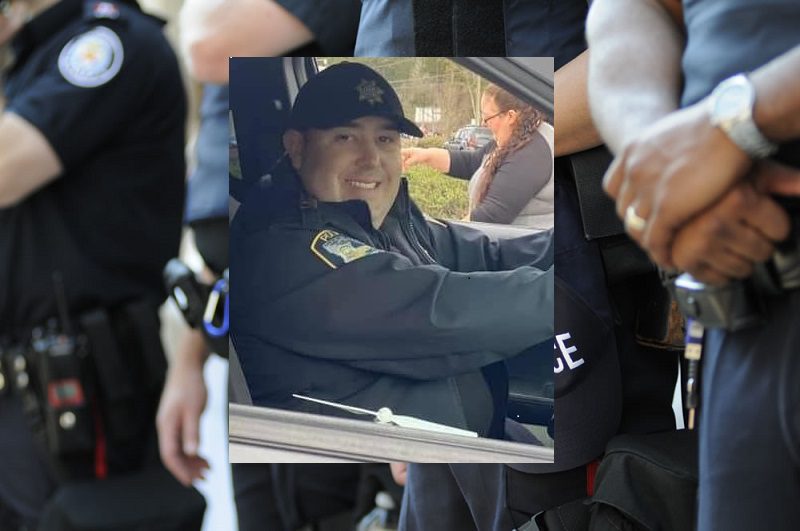 On July 16, 2020, Captain Steven Gaudet, Jr., 39, died at his home, from complications after contracting COVID-19 while on duty. According to the St. Tammany coroner’s office, the death was ruled as respiratory failure linked to COVID-19. It is believed he was exposed during a 4th of July event at the town hall on July 3, 2020. Captain Gaudet had served for three years with the Pearl River Police Department, and before that post, he served with the New Orleans Police Department for seventeen years. The community has come together to say their goodbyes and show their gratitude for the 20 years of service that Gaudet gave to his friends, neighbors, and strangers. Gaudet is survived by his wife, Lany, two sons, Steven III and Landon, three sisters, nieces, a nephew, his parents, aunts, uncles, cousins, and countless friends.

Steven was a loving and devoted father, husband, and friend. Much of his free time was spent on the field, coaching his sons in football and baseball. He had a genuine love and passion for sports. Any sports that his boys played he experienced alongside them and was thrilled to live through them vicariously. Steven was at every practice and game. No matter which role he played in everyday life – husband, father, coach, or friend – he gave his best every time. Steven found time to participate in his hockey team. He was an exceptional teammate and led his team to a National Championship. Steven was also an avid New Orleans Saints fan. Captain Gaudet had a contagious smile and laugh will be greatly missed; anywhere he went, he was always the life and joy of the party.

A visitation was held on Friday, July 24, 2020, at Saint Margaret Mary Catholic Church in Slidell, LA at 11:00 A.M. Following visitation, the Mass began at 3:00 P.M. with a procession that followed to Lake Lawn Park Mausoleum in New Orleans. Family and friends gathered in remembrance of his life and to pay their respects. The procession traveled through the town then continued to Lake Lawn Cemetery in Metairie, where Captain Steven Gaudet, Jr. was laid to rest with full honors.

Gaudet’s death triggered a lockdown of Pearl River’s Town Hall late Thursday, July 16, and a push to test police department employees and town workers employed in the same building. One officer tested positive, and he was quarantined, according to Sergeant David Dean. Mayor David McQueen said the Town Hall was fumigated Thursday night, and he intended to get tested for the coronavirus Friday. McQueen said he had all the department staff tested for the virus, which is around 20 members. One officer tested positive and was in quarantine, and was reported to be in good health.

Calls to Pearl River Police Department were directed to Sergeant Dean, who declined to answer questions, citing privacy reasons, regarding any other persons infected or the recovery of anyone known to be affected. However, Dean did say that anyone who had contact with someone suspected of carrying the coronavirus should be tested. When a Pearl River Board of Aldermen asked Mayor McQueen about whether they would be tested, he said the town is making quick-results testing available to all board members through Slidell Memorial Hospital.

Friends, Family, and Others Pay Tribute to Fallen Hero

Friends, family, and coworkers have all come forward to share their grief, condolences, and memories of Captain Gaudet with the community and his family. Gaudet had a significant impact on the New Orleans area and its residents. Social media platforms have been filled with many mentions of this local hero.

Coworker and friend, Sergeant William Labiche expressed his condolences to Gaudet’s family for himself and on behalf of local police departments. “May God bless your family in this time of sorrow. It has been a pleasure to have worked with you in the New Orleans Police Department and the Pearl River Police Department. You will be missed and not forgotten R.I.P.”

A family friend, Tammy Robertson, posted her comments on handling grief on social media. She expressed her sadness, condolences, and reminded the community to use their memories of Captain Gaudet to cope with the loss. “Grief can be so hard, but our special memories help us cope. Remembering you and your loved one today and always. You are gone way too soon but will never be forgotten. Rest Easy, my friend.”

Sergeant Darren Weisse, with Tufts University Police, added his condolences and gratitude to the many. “R.I.P. Captain Gaudet. Thank you for your service to the citizens of Pearl River.”

The Pearl River Police Department, where Gaudet had contributed much of his life to his fellow community members, gave a brief statement sharing their condolences with Gaudet’s family and loved ones. “It is with great sadness that we announce the untimely and sudden passing of our fellow Brother and Friend, Captain Steven Gaudet, Jr. Captain Gaudet was a dedicated public servant and an integral part of the Pearl River Police Department. His presence and leadership will be missed. Our deepest sympathies are with his wife, Lany, his sons, Steven and Landon, and his immediate family. We would like to acknowledge and thank everyone who has embraced us with sympathy and support during this difficult time.”

The Town of Pearl River, along with its Mayor David McQueen, shared the loss with the community on its Twitter account. “Mayor McQueen and the Town of Pearl River are completely heartbroken over the passing of Captain Steven Gaudet. Captain Gaudet has worked for the Pearl River Police Department for three and a half years. We are truly fortunate that we had the opportunity to work with a police officer like him. Today, we pray for his family and friends during this difficult time.”