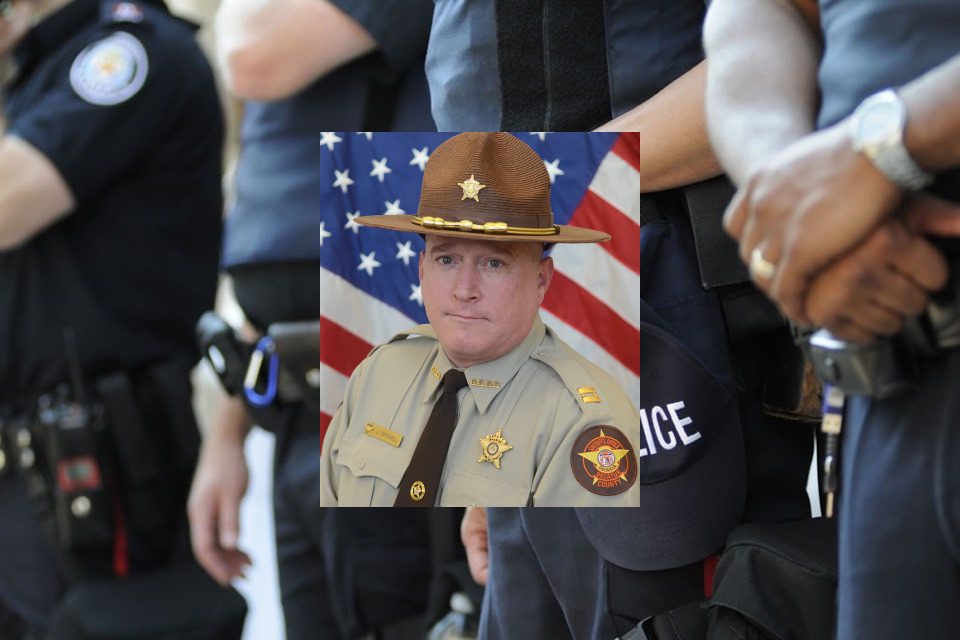 On Monday, March 1, 2021, Georgia officials came forward to announce the loss of a local police captain. The officer had suffered a gunshot wound just two days prior. Captain Justin Williams Bedwell, age 48, died from the injury he had received during a car chase two days before.

It started in Seminole County when two officers attempted to pull over a vehicle. The officers were trying to stop a pickup truck that had been driving recklessly. The car fled, and the occupants fired at the officers creating a dangerous situation.

The officers pursued the truck until it reached Decatur County. The car stopped at a residence. It was near the intersections of Highway 84 and State Road 310. The occupants of the truck then attempted a home invasion. The homeowner shot at the invaders, causing them to run off in another direction.

One of the suspects noticed Captain Bedwell arriving at the scene and fired at him and his vehicle with a .30 caliber round rifle. This round struck him in the chest, causing severe and eventually fatal injuries. Another officer in the car was also injured.

One subject was immediately arrested while the individual with the rifle fled; he was also wearing a bulletproof vest. A search was immediately called into play, and the shooter was arrested 12 hours later.

Due to the nature of his injuries, Captain Bedwell was flown to a hospital in Tallahassee, Florida. He succumbed to his wounds as he was undergoing emergency surgery.

Captain Bedwell was born in Memphis, Tennessee. Bedwell graduated from the ABAC Police Academy and moved to Bainbridge in 1994. He immediately felt right at home. Bedwell was known as the class clown, a funny man with a great sense of humor. He had various hobbies and interests, including cooking, animals, Legos, video games, Star Wars, and Disney. University of Tennessee’s school color of Orange was his favorite color. He was a huge sports fan and loved spending time with his family.

Captain Bedwell dedicated more than 20 years of his life and law enforcement career to the Decatur County Sheriff’s Office. Decatur County is located in the southwest corner of the state of Georgia. The county seat is Bainbridge, which is the home of both the DCSO and Captain Bedwell.

Officers with the DCSO patrol an area of 623 square miles and provide law enforcement services to more than 26,000 residents. The county was formed in 1823. It was named for Stephen Decatur, a hero in the war of 1812.

Losing an officer is difficult for both their loved ones and their community. A senseless loss is even harder to process. Captain Justin Williams Bedwell leaves behind his wife, mother, and daughter. His young family will need the support of all those around them as they celebrate the life lived by Bedwell.

ESOP or the Ethical Society of Police posted condolences on their Twitter page. “Rest in Peace, Captain Justin Williams Bedwell, from the Decatur County Sheriff’s Office, GA. He was shot and killed in the line of duty on 3/1/21. Our prayers are with his family and friends.”

Kathryn Mejia Collins, a friend, and resident spoke of the loss to the community. “We love the Bedwell’s, and we support first responders and their families. We came up with bows, and the support from the community is just overwhelming. We had no idea we were going to have so many people calling ordering bows.” She had been involved in creating a fundraiser to sell bows to display support, with the proceeds going to the Bedwell family.