In Memory of Captain Joseph Manning 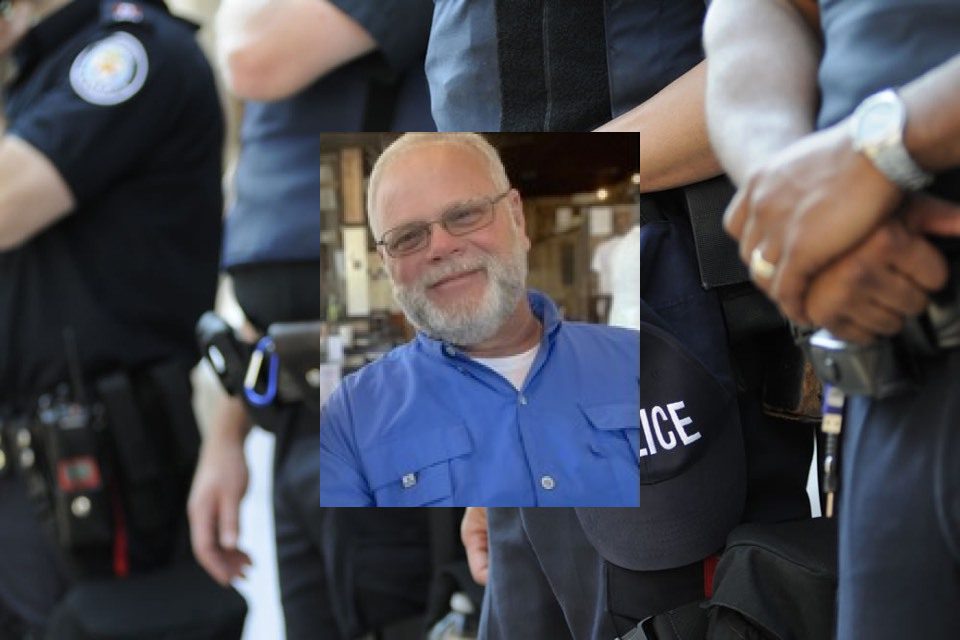 Residents in Georgia were saddened by the loss of yet another law enforcement officer to the devastating COVID19 virus. On Wednesday, August 25, 2021, Wayne County Sheriff’s Office posted that it had lost one of its veteran officers to the virus. Captain Joseph Manning, badge number 208, died due to complications from contracting the virus while on duty. Federal mandates are in place to ensure that all officers who die from COVID19 receive full benefits for their families. Captain Manning was 57 years old.

“Joe” Manning lived in Screven, Georgia. He was a native of Wayne County. A 31-year member of the Wayne County Sheriff’s Office, Joe was both Captain and Jail Administrator. As a law enforcement officer, he held many certifications, including accident reconstruction, arson investigation, deputy coroner, honor guard, and sniper. In addition, he had the honor of a 3rd degree Master Mason and was the secretary for the local Masonic lodge.

Manning lived a full life in his community. He was a member of the Crossroads Church of God and the Elk’s Club. Cpt. Manning formerly held the post as president of the Jessup Jaycees and worked on the local fair committee for many years. He enjoyed deer hunting, fishing, and leather crafting. He owned Manning Custom Leather. Family was a big deal to him, and spending time with his grandchildren was a favorite pastime. Manning was a well-respected member of the community that everyone knew that they could turn to in a time of need.

Deputies provide protection and other services to residents living in the unincorporated areas of the county. They patrol more than 649 square miles and help more touch the lives of nearly 30,000 residents.

Captain Joseph Manning leaves behind his wife, two sons, daughter, and eight grandchildren. Their extended family, friends, and neighbors will help come the Manning family through their tragic time. In addition, law enforcement from the surrounding area will volunteer to ensure that Manning is given full honors and shown gratitude for the sacrifice he made for his community and family.

Sheriff Chuck E. Moseley issued a statement about the loss of a friend and employee. “I am saddened to announce the passing of Captain Joseph W. Manning, the Wayne County Jail Administrator. Captain Manning faithfully served the Wayne County Sheriff’s Office for 31 years. Captain Manning began his career as a detention officer in the jail in 1990. Captain Manning was promoted to Deputy Sheriff in 1991, Sergeant in 2001, Lieutenant in 2016, and Captain in 2017. Captain Manning passed away on August 25, 2021, after a short battle with COVID. He was 57 years old. Captain Manning is survived by his wife, Tammi, their three children, Timothy, R.B., and Rusti, and eight grandchildren. Captain Manning was an integral part of our family, and our hearts are broken. Our love and prayers go forward to his family. Funeral arrangements will be forthcoming.”

The Wayne County, Georgia Sheriff’s Office, posted the following announcement online. “Our hearts are heavy today as we mourn the loss of one of the leaders of our department. We will miss you, Captain Manning, but you will forever be in our hearts. We will be praying for comfort for your family, blood, and blue. May you rest in peace.”