In Memory of Captain Jonathan Parnell 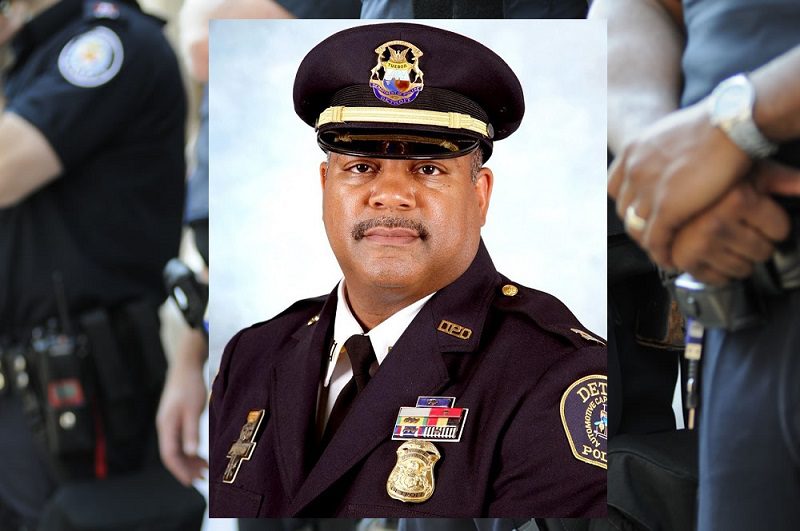 A well-respected Captain for the Detroit Police Department, who went by the nickname “Recon,” has passed away from COVID19. Captain Jonathan Parnell was a 31-year veteran with the force. The 50-year old Captain died Tuesday, March 24, 2020. Police Chief James Craig described him as being an extraordinary officer. Chief Craig stated that Captain Parnell had not been feeling well and went to the hospital, but had been sent home.

Both Mayor Mike Duggan and Chief Craig appeared visibly shaken when they gave the press briefing regarding the death of Captain Parnell. It was the day after they had held another presentation for another victim of the virus who worked for the Detroit Police Department’s 911 call center. The back-to-back deaths created a cause for alarm in the department leading to new and more aggressive policies to help slow the spread of the virus among officers and employees in the department.

Captain Parnell’s son, Jonathan Parnell II, who is 25 years old, had this to say about his father. “He was hardworking, well respected; I’m sure everyone would describe him that way.” He went on to say that he was a one-of-a-kind type of role-model.

This high regard is precisely the way his co-workers felt about him. Chief Craig stated that Parnell was an “extraordinary officer, a leader who contributed more to this department than I could ever say.” His co-worker described him as “a great guy, very tactical, brilliant, he was a street cop, a real street cop, very polite, very humble.”

The day following Parnell’s death, more than 200 officers in his department were ordered at home on quarantine due to feeling sick from the coronavirus or having been exposed.

It was in 1893 that the DPD pushed boundaries by hiring its first female officer and its first African-American officer. The department established a Women’s Division in 1921. The Women’s Division was developed just one year after women had received the right to vote. While many police departments across the country are facing issues regarding integration, the DPD has been an example of having a force that reflects the overall city demographics. Currently, the DPD has 67.4% of their officers that are African American or other minorities, and also 23% of their department consists of female officers.

Coronavirus is ravaging police departments across the country, including the DPD. The Detroit Police Department has now lost two officers to the virus. Police Chief James Craig stated that even police chiefs are not invincible to the illness and should make plans for their departments. He knows this first hand because he, too, has tested positive for the virus.

The DPD covers the most extensive and most impoverished city in the state of Michigan. The virus is devastating to the entire city. The DPD is third for the most coronavirus cases in a law enforcement agency in the country. Currently, there are over 500 officers that are home on quarantine, and of those who have been able to get tested, 114 officers and civilian employees have tested positive.

Three sons survive captain Jonathan Parnell. His family, his police family in blue, and all of Detroit who knew him from his many years on the force, are mourning the loss of this great hero.

The state attorney general, Dana Nessel, tweeted remarks about the passing of Captain Parnell. “I had the privilege and honor of working on many cases with Capt. Parnell. He was a gentleman, a dedicated public servant, and just an all-around great guy. Thank you for your service, Jonathan. You have touched the lives of all who knew you, and you will be missed terribly.”

Chief Craig implored the idea that the department would greatly miss this elite leader. “I know he would want and expect every man and woman in the Detroit Police Department to continue to go out and give their very best. I know he set very high standards for the people who reported to him.”

He will be greatly missed by all who knew him.