In Memory of Captain Jeff Sewell 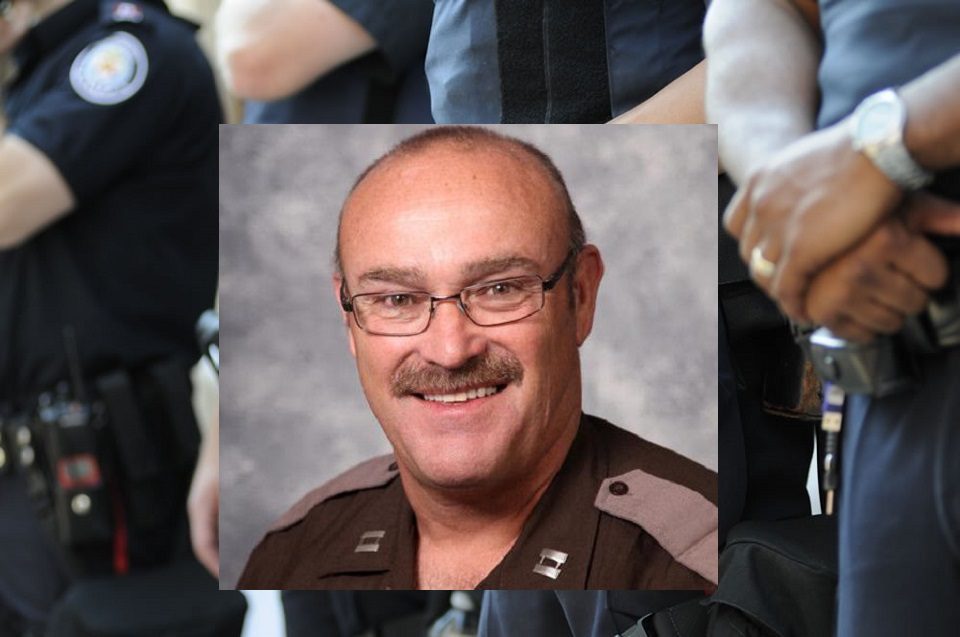 Oklahoma recently came together to say goodbye to a highly respected veteran officer who lost his life due to COVID19. Captain Jeff Sewell, age 58, died on Saturday, September 26, 2020. He had fought for several weeks to survive the coronavirus, only for complications to take his life. Captain Sewell was admitted to the Texoma Medical Center in Denison, Texas, on September 5. COVID19 has surpassed all other causes of death (combined) for the line of duty deaths in 2020.

Captain Sewell had served his community through his work as an Oklahoma Highway Patrol Officer. He worked with OHP for more than 32 years and was a mentor to other officers. He most recently had been assigned to the Officer’s Assistance Program. Sewell had been involved with the Cadet Lawmen Academy for over 31 years. A memorial service was held for him at the Atoka Football Field. Here all the local Cadets, and officers from all over the state of Oklahoma, came to pay their respects to the well-known Captain.

OHP Captain Scott Hampton enjoyed the time he knew Sewell. “I worked for Capt. Sewell for almost ten years. His whole existence was serving and really trying to make someone laugh. He was always the life of the party.”

Prior to catching the coronavirus, Captain Sewell had been shot on duty and survived. After being shot in the line of duty in 1988, he was awarded the Trooper of the Year award.

Becoming an elite officer that represented the Oklahoma Highway Patrol had been a goal for Sewell. He characterized their badge for more than 32 years. OHP is a division of the Oklahoma Department of Public Safety. OHP has patrol jurisdiction over all state roads, highways, and waterways in the state of Oklahoma. The OHP goals are to achieve safer roadways, deter crime, pro-active investigations, education, and patrol services. The officers are also trained to provide leadership and resources in times of natural disasters.

Governor E. W. Marland initiated the creation of the OHP in 1937. That first year, 125 officers graduated from the academy and began their service as state patrol officers. Today, the OHP has grown to have nearly 800 sworn officers. There is also a large 200 employee citizen staff that work to support these officers.

Captain Jeff Sewell was a veteran officer, an example of a community asset gone too soon. He had been planning his retirement from law enforcement. After 32 years, his retirement date was set in 20 months. Captain Sewell leaves behind his wife, two daughters, and several grandchildren. The community will stand with them and celebrate the life well-lived by Captain Sewell. As the family goes through their grief, the love of those around them will help them through tough times.

The Oklahoma Highway Patrol posted the announcement of the loss of Captain Sewell on their social media. “It is with deepest regret that the Oklahoma Highway Patrol announces the passing of one of our active-duty members. Captain Jeff Sewell #26 had been hospitalized since September 5 due to COVID-19. He passed away at Texoma Medical Center in Denison, Texas, this afternoon. Services are pending. Our thoughts and prayers are with his family.”

The Oklahoma State Bureau of Investigations posted their condolences for the loss of the Captain. “The OSBI is deeply saddened by the loss of this dedicated public servant who had a huge heart for the people he served. Our prayers are with his family and his (OHP) colleagues. Rest in Peace, Captain Sewell #26. Thank you for your service.”