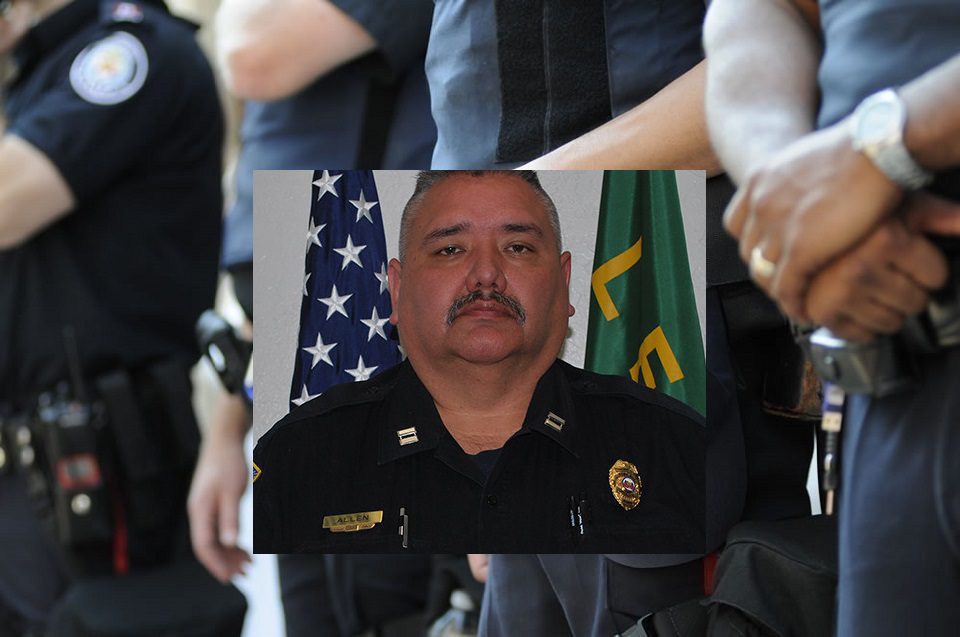 On Sunday, December 6, 2020, a federal officer died from complications arising from COVID19. Captain Billy Dewayne Allen, Sr., age 49, gave his life protecting others. Many officers across the United States have been lost to this tragic pandemic. COVID19 is the number one cause of officers’ death in the line of duty for 2020; 189 sworn officers have died from the virus. Captain Allen served with the Fort Sill Police Department for more than 25 years.

Allen was very much a ‘family man.’ He loved his wife, children, and sports. He enjoyed participating with his sons playing baseball and basketball. Allen was appreciated by the community for his work volunteering to coach baseball for more than 16 years.

Captain Billy Allen was a military police officer who worked at Fort Sill. Military police departments fall under the management of the United States Department of Defense (DOD). As a federal officer, his death is considered as being in the line of duty, as ordered earlier in 2020 by Trump, so that officers’ families could receive full benefits.

The DOD is an executive-level branch department of the federal government. The DOD’s mission is to provide “the military forces needed to deter war and ensure our nation’s security.” DOD controls and manages all agencies and government functions that are directly related to national security.

The size and scope of the department are enormous. The DOD is the largest employer in the world. They had more than 2.8 million employees and active-duty service members in 2020. The headquarters for the DOD is located in Arlington, VA.

In the US, each branch of the military supports its own police force. The US Armed Forces police investigate and charge those, on bases or within their own agency, with serious crimes. These are crimes that fall under the Uniform Code of Military Justice.

Each service supports its own additional uniformed civilian police departments. Often referred to as the Department of Defense Police (DOD Police). Captain Allen was considered a DOD police officer. The DOD police duties are similar to those of local civilian police officers. Their job is to enforce the UCMJ, any state or federal laws, or additional regulations applicable to their base or installation.

During his career, Allen worked as a traffic section investigator. In 2003 he was promoted to Lieutenant and assigned to be a mid-shift supervisor. A year later, Allen took over the traffic department. He remained in that position until 2015, when he received a promotion as commander. His integrity and hard work continued to be noticed as he was quickly promoted to Captain. Captain Allen was accomplished as an officer. He held certifications or positions with accomplishments as SRT commander, traffic collision reconstructionist, radar instructor, SFST instructor, LEDT instructor, SRT command course, and an ARIDE certified and phase II DUI investigator.

Those Left to Grieve

Families worldwide are facing losses due to the pandemic. Captain Billy DeWayne Allen, Sr. leaves behind his wife and six children. The local community, friends, neighbors, and extended family will share in their grief.

On Thursday, July 15, 2021, the residents of Lubbock County, Texas, were stunned to learn that one of their local Sergeants, Sergeant Josh Blake Bartlett, had been killed in the line of duty.

On Friday, July 9, 2021, Police Officer William Earl Collins, Jr, with the Doyline Police Department, was killed after responding to a domestic disturbance call.