In Memory of Captain Anthony Jackson 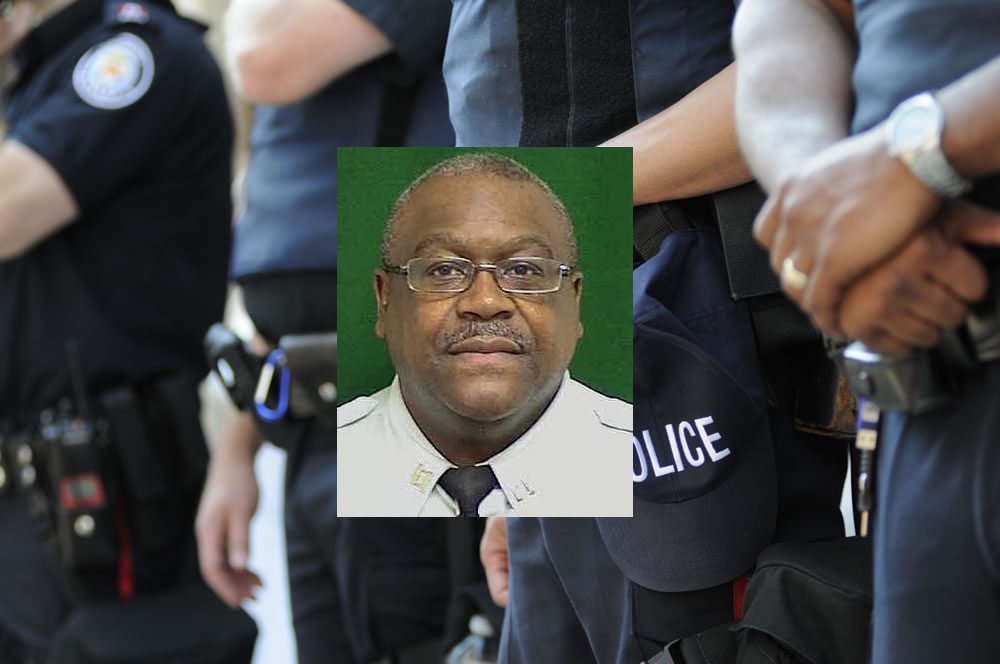 On Friday, December 25, 2020, the Christmas holiday, Captain Anthony Jackson passed away from complications arising from COVID19. For the past year, the pandemic has taken the lives of hundreds of thousands of individuals. It has destroyed the health of survivors and left families with empty seats at the table. One group that has been disproportionately impacted is that of first responders. First responders, EMTs, law enforcement officers, nurses, doctors, and firefighters are dying in record numbers as they continue to answer the call to protect the residents and communities around them.

Tennessee authorities were saddened to announce the loss of Capt. Jackson. At age 55, Jackson wore badge number 4180 for more than 24 years for the Shelby County Sheriff’s Office. Through his work as a deputy, then rising through the ranks to Captain, Jackson worked to protect and serve the residents in the community where he lived.

Jackson, a retired US Marine officer, began his second career in law enforcement with the Shelby County Sheriff’s Office in 1996. For many years he has served as the commanding officer in charge of the county jail’s Special Operations Unit. He was also a volunteer with the Honor Guard Unit and trained new jail employees.

Just a few days after the passing of Capt. Jackson, the Shelby County Sheriff’s Office, listed its year-end totals on a COVID19 update. A total of 282 detainees have tested positive while in custody. Two hundred sixty-eight of those individuals have recovered, and 14 are still in isolation. There have been a total of 322 employees have tested positive, 274 have recovered. Captain Jackson is the second employee of the Shelby County Sheriff’s Office to die from COVID19.

Captain Jackson devoted his life to service. He first protected his country through his service with the US Marines. Then Jackson watched over his community through service with the Shelby County Sheriff’s Office. He gave more than 24 years to the local department. He worked in the jail as Commander and worked his way up to Captain.

The SCSO is located in Memphis, Tennessee. They are responsible for the protection and safety of all non-incorporated areas of the county. A large agency, they also provide security services for the county courts, serving court documents, and manage the county jail. The SCSO has approximately 1785 sworn deputies who are backed up by 285 administrative employees.

The tragic losses from the pandemic have caused a great deal of suffering for many families. Captain Anthony Jackson leaves behind his wife, children, and grandchildren. The community of Shelby County, fellow law enforcement, and friends came out to support his family and honor Jackson’s sacrifice as he was escorted to his final resting place.

The Shelby County Sheriff’s Office posted their condolences on their Facebook page. “The SCSO regrets to inform you that one of our veteran employees, Captain Anthony Jackson, 55, passed away, and he previously tested positive for COVID-19. For the past 18 months, Captain Jackson was serving in a key role as Assistant Director of Jail Training at our Training Academy at the time of his passing. Captain Jackson began his career with the Shelby County Sheriff’s Office in May of 1996. For many years, he was the commanding officer of the Jail’s Special Operations unit and Honor Guard unit. Captain Jackson was a retired U.S. Marine, husband, father, grandfather, and an inspiration to us at the Shelby County Sheriff’s Office. Please keep Captain Anthony Jackson and his family in your thoughts and prayers.”