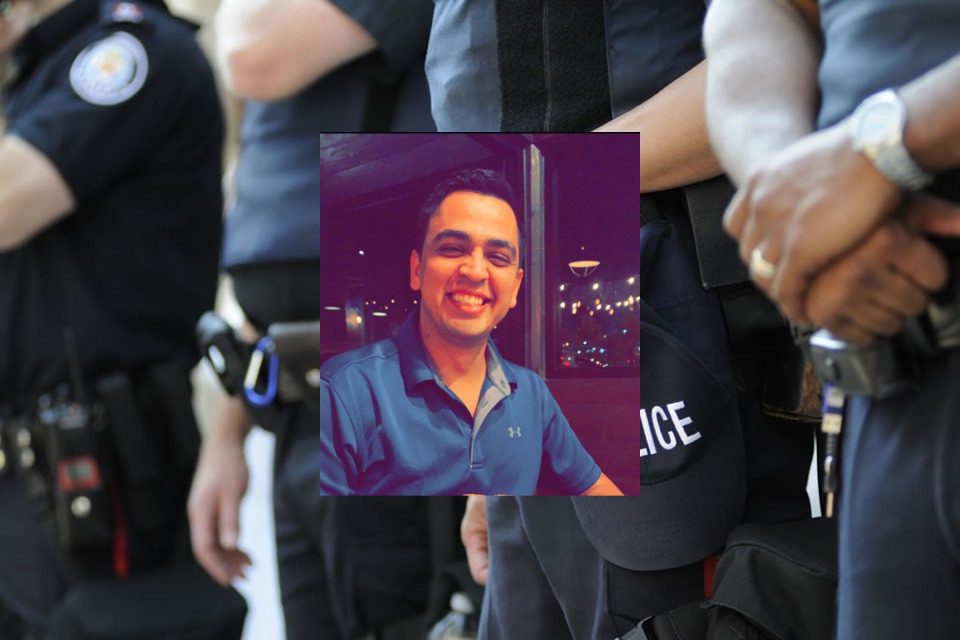 On Monday, August 16, 2021, the US Department of Homeland Security announced the loss of a border patrol agent to the deadly coronavirus pandemic. More border patrol agents and customs and border protection officers have been lost in the last year than at any other time in history. With the influx of scared families at the border, the fast-spreading virus is ravaging the southern border.

Border Patrol Agent Ricardo Zarate, badge M469, died due to complications of the virus, COVID19. Customs and border agents and border patrol agents have fully sworn peace officers. Unfortunately, the pandemic has taken the lives of many of these brave agents since the start of the pandemic. COVID19 has become the number one killer of all law enforcement in the US.

Zarate, age 33, worked to keep the US safe by serving with the US Border Patrol for the past 12 years. His most recent assignment was at McAllen Station. Part of his duties included keeping secure the borders of the US in the Rio Grande Valley Sector in the state of Texas.

The US Department of Homeland Security is the primary cabinet agency responsible for the oversight of national security. The agency was initiated as a response to the September 11 terrorist attacks on the US. The cabinet is primarily an oversight agency that manages other national security-related departments such as ICE, FEMA, CBP, Border Patrol, etc. When the cabinet agency was initiated, it was instantly the third-largest law enforcement agency in the US.

The secondary agency that overseen the work of Border Patrol Agent Ricardo Zarate was Customs and Border Protection. CBP is the primary agency responsible for border protection. Officers work diligently to inspect and protect our borders. This includes stopping illegal entrance by individuals, contraband, and inspecting shipments, like food supplies and other incoming goods for safety. The department has more than 46,000 employees.

Zarate was a border patrol agent. The US Border Patrol is the agency within CBP that actively patrols the US border to prevent individuals from entering or leaving the US without consent. Agents like Zarate work to detect and deter the smuggling of humans or contraband into the US. In addition, these officers work to apprehend those individuals who may violate the US immigration laws. Border Patrol works with more than 20,000 agents and covers more than 6,000 miles of land borders and 2000 miles of waterways.

Border Patrol Agent Ricardo Zarate leaves behind his wife, two children, parents, and brothers. It is a tragedy to the Zarate family. The community will need to help them during their difficult time. Honor guards and area law enforcement will provide honors and escorts for the Zarate family to help share the gratitude of residents in a ceremonial honor.

The Customs and Border Protection Office posted the announcement of the loss. “Border Patrol Agent Ricardo Zarate passed away on August 16, 2021. Agent Zarate will be remembered for his diligent service to the nation and his bravery in the face of danger. Agent Zarate entered on duty on February 12, 2009, as part of the 922nd Session of the Border Patrol Academy.”

US Border Patrol also announced the loss on Facebook to local residents. “With a heavy heart, we regret to announce the line-of-duty death of Border Patrol Agent Ricardo Zarate on August 16, 2021. Agent Zarate entered on duty on February 12, 2009, as part of session 922. We will never forget.”