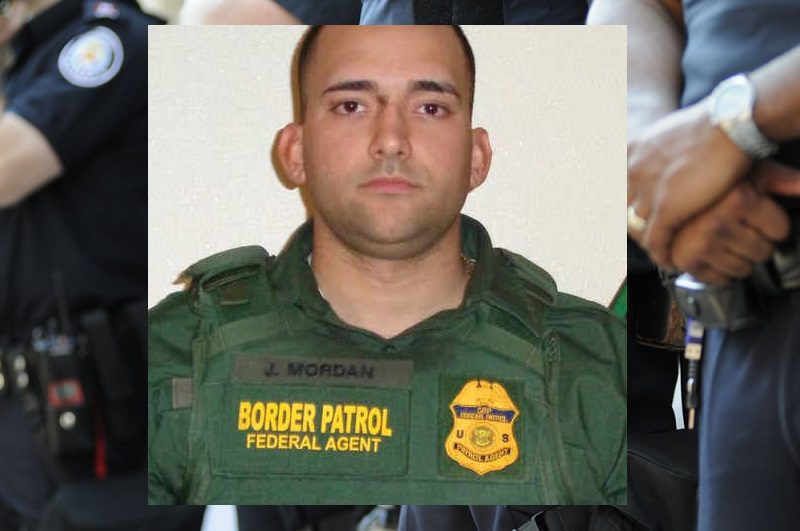 On Thursday, June 11, 2020, the U.S. Department of Homeland Security announced that one of their border patrol agents had died of unknown causes while out on patrol. Border Patrol Agent Johan Mordan, age 26, had recently joined the Lordsburg Station and had been serving as an agent for 11 months. Agent Mordan was assigned to the El Paso sector, which covers New Mexico and some of Texas.

When Mordan, a young first-year agent, was out on patrol in the Bootheel region of New Mexico’s desert area, he became separated from other agents. They were in a desert area of Hidalgo County, New Mexico. The other agents realized they had lost contact with Mordan and were unable to reach him by radio. He was located within minutes but was found unresponsive along the trail. Life-saving measures, such as CPR, were provided, air support was called. They were unable to revive him. An autopsy is pending.

Customs and Border Patrol gave a brief statement regarding the incident. “Agents worked exhaustively trying to save him; unfortunately, BPA Mordan could not be revived. All proper notifications and investigative protocols have been initiated.”

An investigation is pending. This tragedy is the second death to have occurred in this manner, in this general location for the Customs and Border Patrol in the last six months. The other agent had also been found unresponsive while out on patrol.

The U. S. Department of Homeland Security (DHS) is a federal cabinet-level agency responsible for public and border security of the United States. The agency was formed in 2002 as a response to the September 11, 2001, terrorist attacks.

The agency currently has nearly a quarter-million employees, with a variety of departments, responsibilities, and duties stationed worldwide. Agent Johan Mordan was a newly sworn Border Patrol Agent, in the El Paso Area.

Mordan was assigned to Customs and Border Patrol, the largest law enforcement agency in the United States. The primary assignment of officers is to maintain the border. The department is also responsible for managing international trade and collecting import taxes. There are approximately 46,000 sworn federal agents and officers.

Border Patrol Agent Johan Mordan was a young 26-year-old man who was beginning his career path with the Customs and Border Patrol. He leaves behind his family, who lives in New York. On Thursday, June 18, his family held a private funeral in which he received full honors.

Agent Mordan was flown home to New York to be buried near his family. Before leaving, he was given the water cannon salute and a guard of honor from his colleagues in the agency.

Customs and Border Patrol Acting Commissioner Mark Morgan made this post expressing condolences. “It is with great sadness that we mourn the loss of Border Patrol Agent Johan Mordan of El Paso Sector. He served his country and community with honor. Our thoughts are with his loved ones and the entire Border Patrol community during this time.”

The local El Paso area Border Patrol Chief Gloria I. Chavez was saddened by the news of losing one of her agents. “We will forever honor your sacrifice, Johan – We Will Never Forget.”