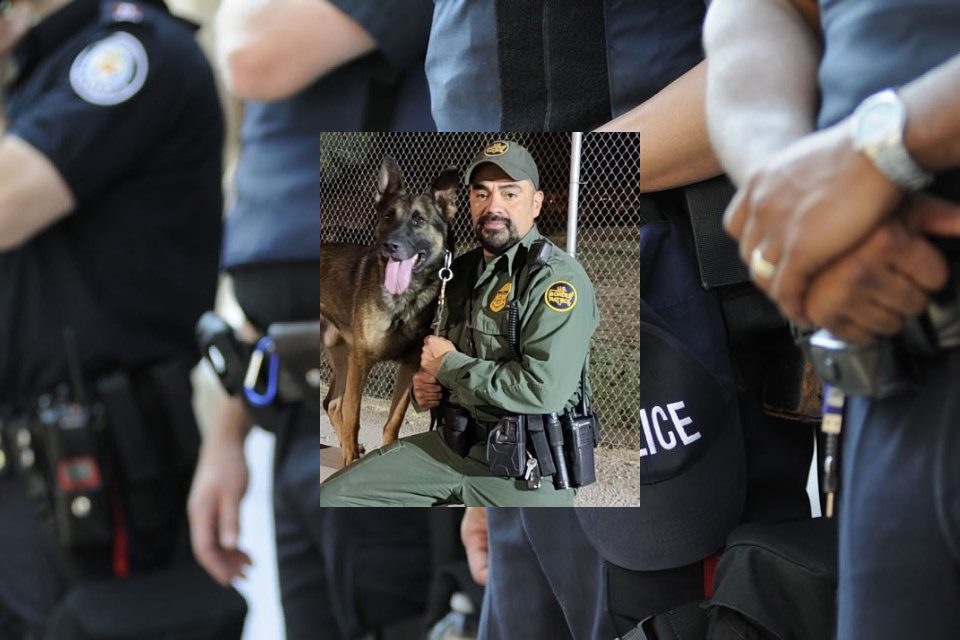 US officials with the US Department of Homeland Security briefed the public that the agency had lost a border patrol agent to the current COVID19 pandemic. On Saturday, May 8, 2021, Border Patrol Agent Freddie Vasquez died due to complications of contracting the coronavirus. Vasquez likely contracted the virus during his duties as a border control agent. Vasquez was 43 years old.

Vasquez began his career with customs and border control in 2002. He was a graduate of the 515th Session of the Border Patrol Academy. For the last three years, Agent Vasquez also served as a USBP Canine Handler.

Vasquez chose not to get the vaccine. He had tested positive for the virus in March 2020 and again in 2021. His wife, a registered nurse, questions his decision to delay getting vaccinated. “I encouraged him to get that vaccine. I am left to wonder if he had obtained the vaccine, would he have been left like this, would it have been as severe? I’m still in disbelief that this is our current reality.”

Agent Freddie Vasquez worked as a law enforcement officer throughout his career. He was a customs and border protection officer for more than 19 years, under the watch of the Department of Homeland Security. DHS was formed as a US Federal Executive Department in 2003. It was part of the US response to the terrorist attacks that occurred on 9/11/2001.

DHS, at its formation, was immediately the third largest Cabinet department in the federal government. Many federal agencies fall under the management of DHS. This includes Customs and Border Protection (CBP), the Federal Emergency Management Agency (FEMA), and US Citizenship and Immigration Service. Agencies that have responsibilities that involve protecting the border, the people who enter, imports and exports, and those who serve the citizens of the US and their needs fall under the management of the DHS.

Agent Vasquez served as a Customs and Border Protection Agent or CBP. CBP is the largest law enforcement agency in the United States. It employs more than 65,000 sworn officers and agents. It is the US’s primary border control agency. The duties of a CBP officer like Vasquez would include work that regulates and facilitates international trade. Agents also collect import duties and enforce US regulations, including trade, customs, and immigration.

Agent Vasquez was assigned to the Hondo Pass Station. He worked with his best friend and K9 partner. The station is located in El Paso, Texas. The primary duty of agents who are working at this El Paso location is to secure the border. Agents here conduct watch duties 24 hours each day.

A Wife’s Plea for Others to Get Vaccinated

Some of the more recent conversations between Freddie Vasquez and his wife, Inez Vasquez, were regarding getting vaccinated. “We had plenty of discussions about how much it varied, person to person, how some people get mild symptoms, and then there are those who end up in critical condition. You’re out there every day — as soon as you all are able to, please schedule it.”

Inez Vasquez took the loss as a message to warn others about getting the vaccine. “They are on the front line, especially right now Border Patrol, because they are so busy with so many groups coming through. Get that vaccine. I’m devastated that my husband did not get it as soon as he was able to schedule it because I have to wonder what difference that would have made for him, and would we be in this position now?”