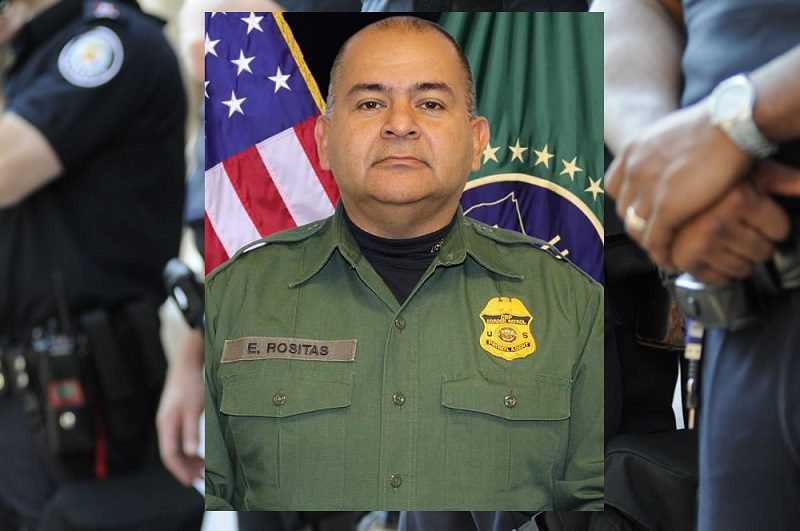 The U.S. Border Control announced the loss of one of their Texas agents to the coronavirus. On Saturday, July 11, 2020, Border Patrol Agent Enrique J. Rositas, Jr., age 53, passed away after a battle with the virus. Agent Rositas had been serving the community and the U.S. as an agent for 22 years.

Rositas had been assigned most recently to the McAllen Border Patrol Station. According to Rio Grande Valley Sector Chief Border Patrol Agent Brian Hastings, Rositas was coming up on his 23rd anniversary.

In March, border patrol agencies’ job became increasingly difficult and was a threat to their health and safety. They were ordered to expel any persons they encountered attempting to enter the country without prior authorization. The only arrests or apprehension the agents would make were those with a previous criminal history, or those they felt could impact national security. In April, the first person to be apprehended that tested positive for the virus compelled the agency to begin regular testing of its agents.

According to CBP Acting Commissioner Mark Morgan, the risk to the agent’s health was substantial. “The potential for the introduction and spread of COVID-19 in CBP stations and processing centers presents a danger to migrants, our frontline agents and officers, and the American people. Our agents and officers continue to protect our country from this invisible enemy, risking their own lives for the health of our nation. This is precisely the reason the CDC has given CBP the authority to return individuals that could potentially be infected with COVID-19 rapidly.”

Border Patrol Agent Rositas served his country through his employment with the U.S. Department of Homeland Security. Formed in November 2002, as a result of the September 11 terrorist attacks on New York and other parts of the country, the U.S. Department of Homeland Security (DHS) is a federal cabinet department. DHS has been assigned primarily with the duties of public security. In comparison, it is similar to the interior or home ministries of other countries across the globe.

Today, DHS has more than 240,000 employees. It is the third-largest Cabinet department in the United States, following the Department of Defense and Veteran Affairs. The Homeland Security Council members are the ones who set all policies followed by the agency.

Of the various departments and divisions that fall under the realm of DHS, Customs, and Border Protection (CBP) is the largest federal law enforcement agency in the United States. Headquartered in Washington, D.C., the CBP currently has roughly 46,000 sworn agents under their command.

Rositas was a CBP agent and likely had a variety of duties that came under his job title. The CBP is the agency that regulates international trade, collects import duties or taxes, and enforces U.S. regulations that include business, customs, and immigration policy.

The place where Rositas contracted the virus is through his assignment at McAllen Station, a border control station located in McAllen, Texas. History shows that the station originated in 1921. Today, McAllen Station is a newly constructed 68,000 square foot facility responsible for patrolling 53 miles of the Rio Grande River.

A Family Left Without their Hero

Agent Rositas is survived by his wife and a son and daughter. He also had extended family, friends, neighbors, and coworkers who share in their grief. It is a loss of a hero to the local community. He had previously served in the military and was a U.S. Air Force Veteran.

Chief Border Patrol Agent Brian Hastings posted this message on his Twitter feed announcing the loss and condolences to his family. “McAllen Station Border Patrol Agent Enrique J. Rositas passed away on July 11, 2020, after a courageous battle with COVID-19. Agent Rositas proudly served the United States Border Patrol for nearly 23 years. Our deepest condolences, thoughts, and prayers are with his family, friends, and coworkers during this difficult time. He will be truly missed.”