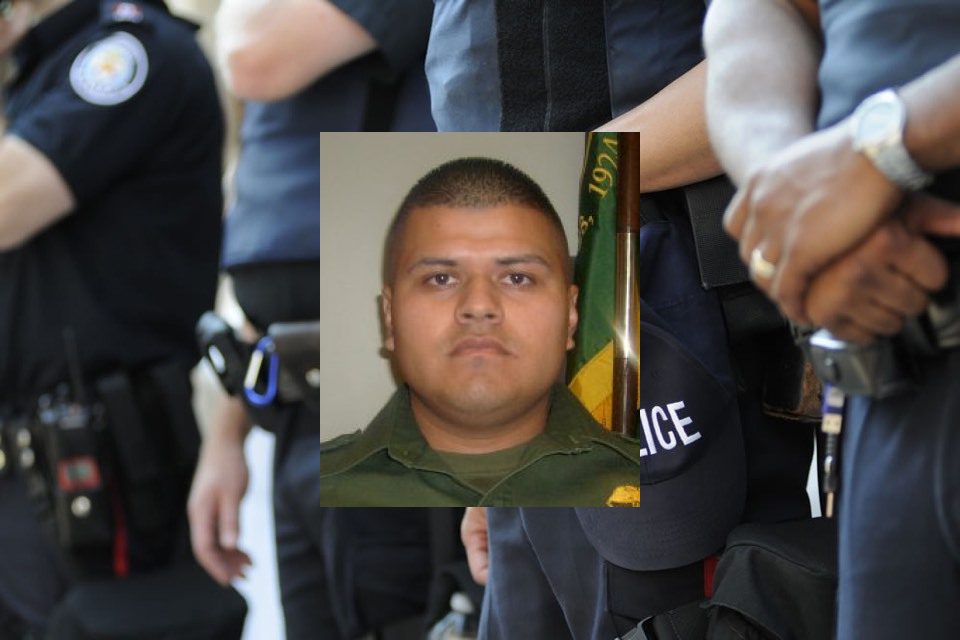 On Monday, September 27, 2021, the Department of Homeland Security announced that they had lost another border control agent to the coronavirus pandemic. DHS has lost more officers during the pandemic than at any other time in the department’s history. Border Patrol Agent Alfredo M. Ibarra, badge number B159, died due to complications from the virus. He was 33 years old.

COVID19 has taken the lives of hundreds of officers since its beginning. More than 230 officers have died from the illness in this year alone. The federal government has legislated that all active-duty officers who die from COVID19 be considered line-of-duty deaths. Unfortunately, this has been done better to take care of the families for their loss.

Agent Ibarra had served with border control for more than ten years. He enjoyed his work. It allowed him to protect his community and country but also to help those in need. He most recently had been assigned to the Blythe Station in the Yuma Sector.

DHS or the US Department of Homeland Security is responsible for the security of our nation’s borders. The department was established in 2003 as a way of responding to the 9/11 terrorist attacks. The stated missions of DHS “involve anti-terrorism, border security, immigration and customs, cybersecurity, and disaster prevention and management.”

Many agencies fall under the management of DHS, including Customs and Border Protection, United States Citizenship and Immigration Services, the Federal Emergency Management Agency, and many more. In addition, DHS is one of the largest employers in the US, with more than 240,000 employees.

CBP or Customs and Border Protection, or CBP, is under the management of DHS. Headquartered in Washington, DC, the CBP is world-renown for being the US’s largest federal law enforcement agency. The agency is the primary border control agency for all US borders. CBP has a workforce of more than 62,400 employees, sworn federal agents, and officers. CBP agents’ responsibilities include “regulating and facilitating international trade, collecting import duties, and enforcing US regulations, including trade, customs, and immigration.”

The Blythe Station in the Yuma Sector was the most recent assignment for Agent Ibarra. The station was originally constructed and opened in 1948. The station operated in a rented facility in Blythe by 1953 as thousands of undocumented persons were detained or returned across the border. The original building was designed to hold only four agents. In the 1980’s – the sector received additional modular-type facilities so that they could expand their services. The agency covers a large territory that includes southeast California, northwest Arizona, and the entire state of Nevada.

US Border Patrol Yuma Sector announced the loss of their fellow agent on their Facebook account. “Yuma Sector grieves the line of duty death of Blythe Station Agent Alfredo M. Ibarra. Agent Ibarra, who entered on duty on February 9, 2011, as part of the 963rd Session of the Border Patrol Academy, will be remembered by co-workers as a friendly and hard-working family man who was especially skilled in interviewing subjects for criminal investigations. Agent Ibarra is survived by his wife and three sons. Thank you for your faithful service, Alfredo. You will not be forgotten.”

Acting Commissioner of the US Customs and Border Protection Troy Miller informed fellow officers of the loss of their brother in green. “@CBP mourns the loss of Border Patrol Agent Alfredo Ibarra. Agent Ibarra entered on duty on February 9, 2011, and was assigned to the Blythe Station in Yuma Sector. We extend our deepest condolences to his family, friends, and colleagues. He will never be forgotten.”