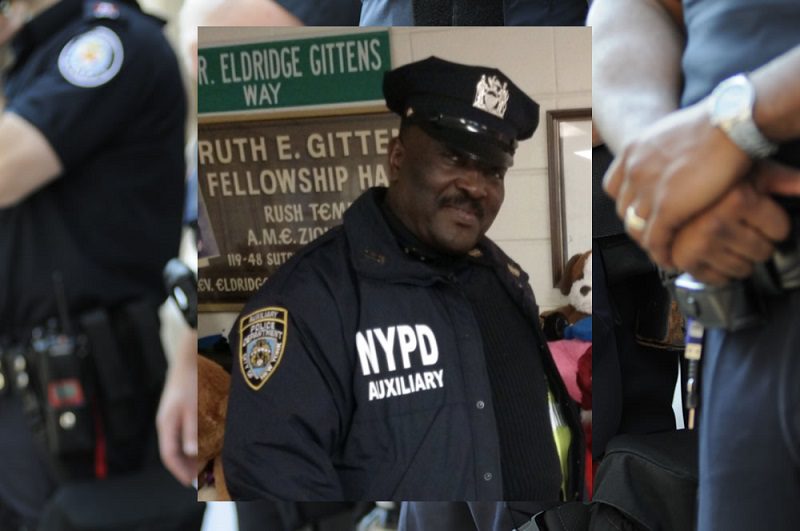 The New York City Police Department is being struck with losses due to COVID19. On Thursday, April 2, 2020, Auxiliary Police Officer Lynford Chambers died due to complications from coronavirus. Officer Chambers was assigned to the 113th Precinct, which serves the southeast area of Jamaica, Queens.

The NYPD has suspended its auxiliary units since late March. The suspension is due to the number of officers who are being affected by the health crisis. The NYPD auxiliary policing units are primarily made up of thousands of volunteer officers. These officers carry no firearm but have a nightstick, radio, and handcuffs as part of their supplied gear. They work as a supplement to the NYPD police force, often helping to patrol housing units, subways, or providing security for houses of worship.

Currently, the NYPD has had more than 1935 officers test positive for the virus, as well as 293 civilian employees. More than 7000 NYPD officers and employees are at home sick. This absence represents nearly 20% of the total workforce.

Officer Lynford Chambers was 65 years old and volunteered for the NYPD auxiliary unit in 2017.

While most of the country is facing ‘social-distancing’ and ‘stay-at-home’ orders, many other occupations are considered necessary for the continuation of a functioning society. The trades that continue to work each day are faced with real life-threatening risks on the job for becoming exposed to coronavirus. These occupations can include doctors, nurses, mail carriers, farmworkers, grocery store workers, transportation workers, cleaners, shipping companies, and many more. Police officers faced extreme risks as an occupation before COVID19 was a threat. Now, they face even more risk to their lives and personal health than ever before. They also face the risk of taking the virus home with them to their families and putting their lives at risk.

Darron Hall, President of the National Sheriff’s Association and Sheriff of Davidson County, TN, made comments on policing in the face of this virus. He explained that law enforcement officers are now facing a challenge of striking a balance of social distancing and policing. They are balancing protecting civilians and protecting themselves. “We have the challenge of having to enforce the law and live in this moment. We have to be ready to face the wave ourselves. Our world is law enforcement, and right now, we’re trying to balance public safety and public health.”

Currently, the department has over 4,500 volunteer auxiliary police officers. These officers donate or volunteer more than one million hours of service each year to the department and the city of New York. The auxiliary unit began in times of war when many officers were drafted for service, and the number of officers that left to serve in the war left a decreased police force. It began in 1916 when Police Commissioner Arthur Woods established the Home Defense League to supplement the police force. Many officers were being called off to war at that time. In a matter of months, more than 22,000 New York citizens volunteered.

The City of New York is stunned by the number of losses being caused by the coronavirus or COVID19. Their police department is being ravaged by death and illness. The virus has now killed more New Yorkers than the terrorist attack that occurred on 9/11. When the World Trade Center was attacked, there were around 2,700 individuals who died. Today, more than 4,758 people in New York State have passed away from COVID19. Another 2,500 plus victims have died in New York City alone. The death toll is expected to continue to rise, not only in New York but across the entire country.