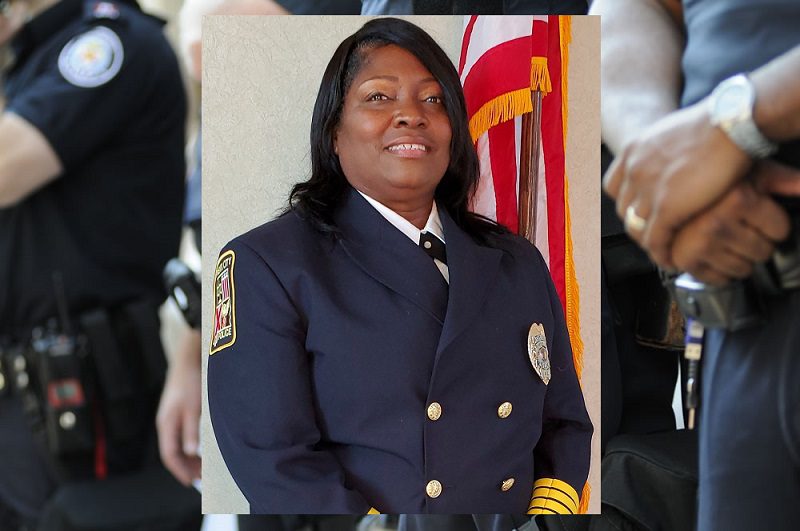 Alabama officials announce the loss of one of their finest, a local Assistant Chief of Police who has died from the coronavirus. Assistant Chief Gail Green-Gilliam, age 56, died on Wednesday, June 24, 2020, from complications arising from her fight with COVID19. It is presumed that she had been exposed during an outbreak within the Phenix City Police Department.

Assistant-Chief Green-Gilliam was cut from a special cloth. One that likely made policing a natural part of her identity. She enjoyed taking care of people, her neighbors, and her community. Green-Gilliam was a natural protector. She was a 50-year member of the Mount Moriah Church. Her public visitation was held at the Taylor Funeral Home on July 1.

Gail Green-Gilliam was a selfless servant to her community and a beacon of hope. She also took special needs foster children and adults into her home. Everyone in the city had respect and love for her.

Alabama officers have been working to stop the spread of the coronavirus. They have been given the authority to enforce health safety measures. Many departments have altered their methods to help slow the contact for officers.

Opelika Police Captain Shane Healey had this to say about the new changes. “We went to having some officers here at the police department taking reports over the telephone, giving advice over the telephone. We still do respond to any call that needs an immediate police presence. We’re definitely still responding, but traditionally a large amount of our police work is of a delayed-type situation. So, it really has enabled us to cut down on some of that citizen contact.”

There are many ways that the public can reduce contact with officers as well. Follow the law. Alabama Trooper Michael Carswell had this to say about keeping a distance. “Well ultimately, how to limit contact with the motoring public is voluntary compliance by the motoring public. We are still out there; we’re still patrolling. Safety is our top priority. That’s for everyone, that’s for including folks on the roadways, in the waterways, and the general public, as well as the troopers and the Alabama Law Enforcement Agency staff.”

Assistant-Chief Green-Gilliam had served her community with the Phenix City Police Department for over 33 years. She took care of the residents of Phenix City, which is located on the Chattahoochee River banks alongside Columbus, Georgia. Though Phenix City is a small suburb with a population of 35,000 residents, it is situated between two areas with a metropolitan population of nearly 275,000 people. This population includes the area of Fort Benning. The department is responsible for patrolling an area of about 41 square miles.

What a tragic loss for a family of a woman who had been their leader, their matriarch. Assistant Chief Gail Green-Gilliam is survived by her husband, son, two daughters, and grandchildren. She also had siblings and other extended family members that will join in the grief. Gilliam had extended her family through giving, by opening her home to be a foster parent to special needs children and adults. So many in her community will bear the brunt of the loss of such a special woman.

Eddie Gilliam, Green-Gilliam’s husband, was devastated and heartbroken over the loss of his wife. They had been married just over a year. “She worked hard and became assistant chief. I loved her so much. She’s going to be sorely missed.”

Cheryl Thomas, who was Green-Gilliam’s sister and best friend, talked about her loss. “So, I hope that the lives that she touched, that they remember that and they take that, and they take the love that she showed, and they give that to others on behalf of her. Because she demonstrated love in the purest form.”

Green-Giliam’s niece Andrail Amaya expressed her grief over the loss of her aunt. “She was truly a God sent lady, and I’m really going to miss her. She was my friend; she was somebody I could eat lunch with, go somewhere with, and talk to when I have problems. And it hurt me to my heart when I saw she passed.”

The public was invited, and she was taken to Lakeview Memory Gardens.