In Memory of Agent Miguel Martinez-Ortiz 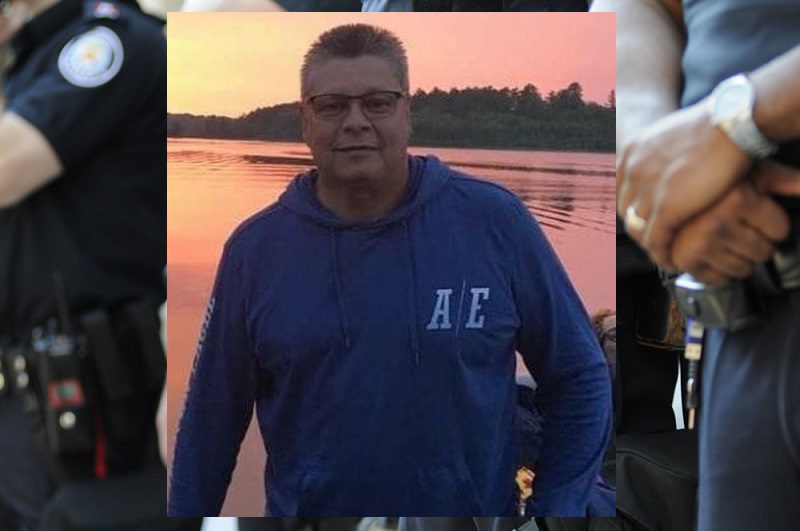 On Friday, April 24, 2020, Agent Miguel Martinez-Ortiz became the first uniformed police officer in Puerto Rico to lose his life battling COVID-19. Agent Martinez-Ortiz, age 56, had served his community through law enforcement with the Puerto Rico Police Department for 28 years. He had recently been assigned to a Federal Homeland Security Investigations task force.

Martinez-Ortiz had been fighting for his life in a local area hospital since April 5. He was related to the former Police Monitor Arnaldo Claudio. Claudio had this to say about the death of Miguel. “I am devastated by this news. Miguel was a 28-year-old police officer; he was at ICE, married to my first cousin Gina Claudio, for whom I ask for much support. He was an exceptional man, who gave his life for Puerto Rico and his family. Unfortunately, it is likely we will not be able to participate in a funeral or wake. This is indicative, and I implore that we continue to protect our servers who work in an environment as difficult as this.”

Claudio, as a former Police Monitor, added his opinion on the situation facing officers in Puerto Rico. He is resolved that this death could have been prevented. He believes that the death of officers represents a lack of availability of personal protective equipment. He has requested that more support be given to officers everywhere.

Puerto Rico, like the rest of the world, is suffering a crisis of great magnitude due to the COVID-19 pandemic. What the island has going for it – is the fast response that its government took on behalf of its residents on dealing with the pandemic head-on. Puerto Rico Governor Wanda Vázquez Garced established a task force to study the impact of the virus on the island on February 29, 2020.

The result of the study pushed the decision to start protecting islanders before the outbreak would overtake them. The island has taken some of the most “dramatic steps of any U.S. jurisdiction to control the virus.” As a leader, the task force went on to lay out precise plans to mitigate outbreaks. Puerto Rico became an example to other states and cities across the U.S. to start following suit and impose mandatory isolation of its residents.

On March 12, one day before the first positive case was found, the governor had declared a state of emergency and enacted the Puerto Rico National Guard. This enactment was to have the workers available to check and monitor all travelers coming onto the island through airports or cruise ships.

Puerto Rico is now attempting to reopen some of its economy. There is a food shortage crisis that is impacting residents’ ability to feed their children. The numbers of cases are now beginning to rise, and some, like Agent Martinez-Ortiz, are left in its wake.

Agent Miguel Martinez-Ortiz served the Puerto Rico Police Department for 28 years. Historically, the PRPD, locally known as La Uniformada or the Uniformed, originates in 1837 when Francisco Javier de Moreda y Prieto, the Spanish Governor, created the Puerto Rico Civil Guard to protect the lives of the islanders. At the time, Puerto Rico belonged to Spain.

Since July 1898, the United States has controlled the island, as a result of the invasion during the Spanish-American War. In February of 1899, with the resolve of responsibility for the people on the island, the U.S. began a new period of police protection by forming The Insular Police of Puerto Rico.

The department has undergone many changes over the years. During the 1960s to the 1980s, the department was described as “quasi-military.” Through many setbacks, the U.S. pushed to change this view. With the Puerto Rico Police Act in 1996, the move was made to bring the police agency under the folds of a “Civil Organization” similar to those seen in the states.

The department is still going through many changes and plays a large part in enforcing drug trafficking laws and security measures needed by the Department of Homeland Security. It may be a day very soon, when this island, its residents, and its police are all a full part of the U.S. states along with the benefits they deserve.

Family and friends are grieving a hero gone from their lives far too soon. Co-workers remember Officer Martinez-Ortiz with great respect.

Diego Figueroa, Chairman of the United Front of Organized Police, praised Martinez-Ortiz as a local hero. “He was an excellent Police Officer. He started in the police as a narcotics undercover agent in 1993, under Captain Carlos Haddock Román. He was Agent NAC-1001, which was his identification. He was a man who did an excellent job in those years when they arrested numerous drug traffickers.”

Puerto Rico Police Commissioner, Henry Escalera, spoke with regret about the loss of a great officer. He added support to his family during his statement. “I extend my condolences to his widow, children, and other family members, as well as a hug of solidarity to his co-workers.”