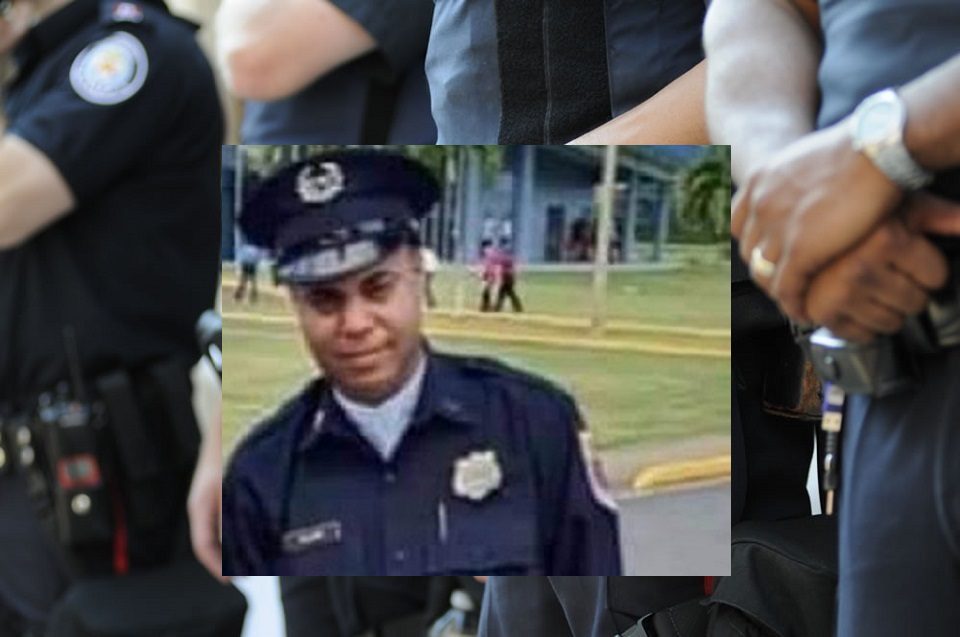 On Monday, January 11, 2021, Puerto Rico authorities were stunned to announce that a gunman had violently killed three officers and injured a fourth. During this brutal attack, Agent Luis X. Salamán-Conde was killed while responding to a call regarding an accident. Agent Salamán-Conde had served his community with the Carolina Municipal Police Department for more than 30 years.

Salamán-Conde and several other officers responded to an emergency call regarding an accident on a major highway that connects San Juan and the local airport. Salamán-Conde rushed to the scene to help those who were injured. He was first to arrive, and as he pulled up to the scene, the driver jumped out and shot him with an AK-47 style weapon.

Lt. Col. Rolando Trinidad said this about the tragedy. “Without saying a word, he starts shooting.”

The suspect then carjacked another vehicle taking off in the direction of the airport. Two other officers joined in the pursuit. The driver came to a halt near the airport exit and began to fire at the officers. He shot and killed Agent Luis Marrero-Díaz of the Puerto Rico Police Department.

As the chase began again, the driver struck the other officer with his vehicle, killing Agent Eliezer Hernández-Cartagena of the Carolina Municipal Police Department. He then fled on foot into a residential area.

According to a police spokesman, José Catalano, the day ended with two officers shot, and one had been run down. The following day, a man was found that fit the driver’s description. He had a sign hanging around his neck stating, ‘I am responsible for the murder of the police. Here he is.’ The body that was found had been shot multiple times. A full investigation is underway.

Salamán-Conde had joined the transit department just eleven months ago.

Agent Salamán-Conde dedicated his life and career to the Carolina Municipal Police Department. More formally known as the Policia Municipal de Carolina, it is the primary law enforcement for the city of Carolina, Puerto Rico. Over the last several decades, the CMPD has grown into the largest municipal police force on the island. Crime has risen dramatically, and the officers face great danger each day. Patrols come with cages, as there has been such an outbreak of violence.

The community of Carolina came together to honor and celebrate the lives of both Caroline Police officers killed in this tragedy. Agent Luis X. Salamán-Conde and Agent Eliezer Hernández-Cartagena were both shrouded in flags. Joint funeral and burial arrangements were made at the Borinquen Memorial Cemetary.

Officers far and near, their families, community residents, and family members of the officers killed in action all came together to honor the sacrifice made on their behalf. Agent Salamán-Conde leaves behind his family, friends, neighbors, and coworkers. All of whom will join together to celebrate his life and the memories they share.

Secretary of Public Security, Alexis Torres, shared his comments on social media. “Thank you! For the commitment, hard work, dedication, and dedication that distinguishes them, I thank each of the police and the different municipal police members. You are a pillar of our people. Luis Salamán Conde and Eliezer Hernández Cartagena. They are heroes who honored the uniform until their last breath.”

Torres went on to state his condolences to the families of the fallen officers. “To the relatives of the deceased colleagues, my solidarity, support, and prayers in this moment of deep pain. I pray to God for the rest of their souls and for strength so that their families can face this difficult situation.”