In Memory of Agent Luis A. Marrero-Diaz 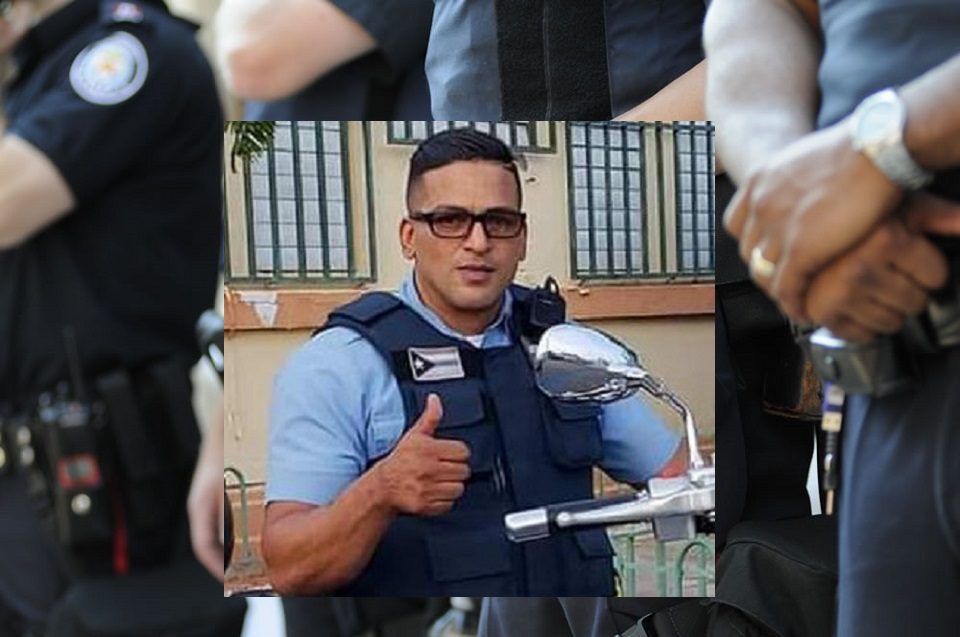 The entire scenario began with a vehicle crash on the Avenida Roberto Clemente. As officers began to respond to the call, the first officer to arrive at the scene was Agent Luis Salamán-Conde, who served with the Carolina Municipal Police Department. Upon his arrival, one of the crash drivers opened fire on him with an AK-47. Agent Salamán-Conde was killed instantly.

The shooter then carjacked another vehicle, terrifying the driver. He fled away from the scene and drove onto the Baldorioty de Castro Expressway. The shooter sped through traffic endangering lives heading toward the Luis Munoz Marin International Airport.

Law enforcement from both the Carolina Municipal Police Department and the Puerto Rico Police Department pursued the shooter, aiming to stop the dangerous threat. The officers followed closely until approaching the airport; the shooter came to a stop. He opened fire against the pursuing police officers, fatally wounding Agent Luis A. Marrero-Díaz.

When the suspect attempted to flee from the second crime scene, the carjacked vehicle struck and killed Agent Eliezer Hernández-Cartagena. The shooter then abandoned his crime spree and ran into a populated residential area. Law enforcement agencies in the area are all looking to stop the violent shooter before he kills again.

Agent Marrero-Díaz dedicated his entire law enforcement career to the Puerto Rico Police Department. The PRPD is the state police for the island of Puerto Rico. The department has a long history on the island as it was founded nearly 122 years ago, in February 1899. It began under Spanish authority, but by 1899 was a US territory and the department had 313 sworn officers.

The department has grown to approximately 11,600 officers from its early beginnings, with 71 districts across the island. The agency also has 34 precincts and 13 Highway Patrol Areas. Though the department has officers all over the island, its headquarters is located in San Juan.

In times of sudden loss, families are left stunned, especially when it results from violence. In this case, the entire island, community members, and law enforcement are coming together to honor the three police officers killed. His extensive and loving family survives agent Luis A. Marrero-Díaz. He was a son, a husband, a father, a friend, and more to many island residents. They have all joined in honoring his sacrifice and celebrating his life.

Miguel Díaz, Agent Luis Marrero-Díaz’s uncle, spoke of how he remembered his nephew. “We want to remember him happy, good, and dear. I have so many things to say about him that words cannot come out. He was a good father, son, and neighbor. I did not imagine that my nephew had so many friends and that people have behaved so well with us, including the press.”

Surprised by the amount of support at her son’s funeral, Agent Luis’s mother thanked those who came to honor the Agent’s sacrifice. “Thank you all for your prayers. My son was a good man, a good son, a good father, a good friend, a good policeman, a good public servant.”

Puerto Rico Governor Pedro Pierluisi made a statement about the tragic loss. “I come to show solidarity with the family and offer my condolences personally; it is the least I can do. They must have the equipment and the necessary technology to do their jobs; what we want is for crime to drop.”

“I am unfortunate with the loss of agent Marrero, who was a co-worker in Fortaleza. He was in Special Services there, and we met him, we shared with him several times. The loss of a law enforcement officer is always sad, but the loss of someone you knew and with whom you shared, and we worked together touches us more closely.

Before the funeral ceremonies, Police Commissioner Antonio López Figueroa offered words of condolences. “To the family of comrade Marrero Díaz, there are few words that I can offer to ease their grief. But if I can tell you one thing with all certainty and conviction, it is that, in the face of the loss of your loved one, you have gained a giant family. Because behind you, there is a whole people supporting you. All the Puerto Rico police officers join these massive displays of solidarity. Know that each one of us is and will always be part of your family.”