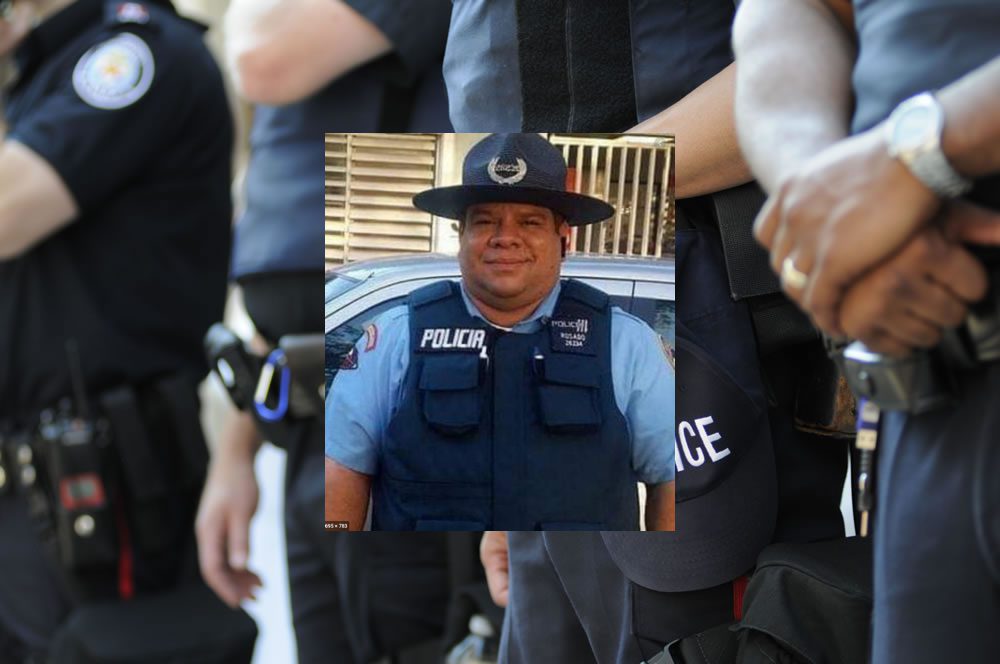 The coronavirus has created a global pandemic costing hundreds of thousands of lives. Certain areas of employment have put individuals at a higher risk of catching the virus. Those hardest hit have been first responders, healthcare workers, law enforcement, and essential workers. For law enforcement officers whose job is to face extreme threats, this invisible threat has been the deadliest.

Agent Rosado-López was 45 years old. He has spent 23 years of his life and career in service to the people of Puerto Rico. He proudly wore the badge and uniform of the Puerto Rico Police Department. His primary assignment had been with the Caguas Highway Division.

Rosado-López had been receiving treatment for the coronavirus at the Hospital Menonita de Caguas. He had been receiving additional oxygen and had been in the hospital for several days. He is the seventh Puerto Rico Police Officer to have died from contracting COVID19.

Agent Juan Rosado-López served the Puerto Rico Police Department for 23 years. Historically, the PRPD, locally known as La Uniformada or the Uniformed, originates in 1837 when Francisco Javier de Moreda y Prieto, the Spanish Governor, created the Puerto Rico Civil Guard to protect the lives of the islanders. At the time, Puerto Rico belonged to Spain.

Since July 1898, the United States has controlled the island due to the Spanish-American War invasion. At this time, in February of 1899, with the resolve of the responsibility for the island’s people, the U.S. began a new stance of police protection with the formation of The Insular Police of Puerto Rico.

The department has undergone many changes over the years. During the 1960s to the 1980s, the department was described as “quasi-military.” Through many setbacks, the U.S. pushed to change this view. They enacted the Puerto Rico Police Act in 1996 to bring the police agency under the folds of a “Civil Organization” similar to those seen in the states.

The department is still going through many changes and plays a large part in enforcing drug trafficking laws and security measures needed by the Department of Homeland Security. It may be a day very soon when this island, its residents, and its police are all a full part of the U.S. states along with the benefits they deserve.

COVID19 has left a trail of death and grief in its path. Families across the globe are mourning the loss of loved ones and friends. Agent Juan Rosado-López leaves behind his family, friends, neighbors, and co-workers. Law enforcement officers from across Puerto Rico came forward to show honor and gratitude for the sacrifice he made for the community. At the time of his death, 137 members of the Puerto Rico Police Department are positive for the virus, while another 161 officers are isolated for protective reasons.

The Secretary of the Department of Public Security of Puerto Rico, Alex Torres, spoke briefly about the loss of Agent Rosado-López. “Today, COVID-19 has snatched another colleague from the Puerto Rico Police Bureau. We deeply regret the death of Agent Juan Rosado López, who is the seventh law enforcement officer to lose due to this virus. Our prayers for his eternal rest and our condolences to his family and friends. May he rest in peace.”

Puerto Rico Police Commissioner Colonel Antonio López Figueroa shared his grief over the loss of one of his officers. “Every time I lose one of my policemen, I lose a brother, a son, a friend, who gave everything to serve his country, his neighbor, and his family. Therefore, we all lose. To the loved ones of Rosado López, we extend our solidarity embrace and gratitude for lending us a member of his family to serve Puerto Rico with pride. We ask that God strengthen them with serenity, peace, and with the certainty that he will be remembered in our hearts as an excellent human being and a great policeman.”