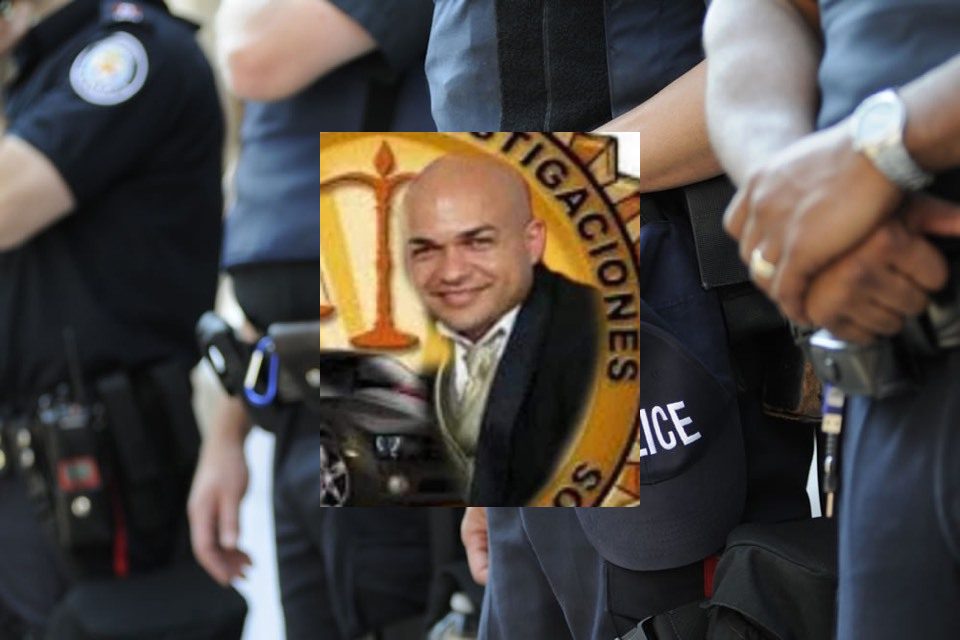 On Friday, December 24, 2021, the residents on the Island of Puerto Rico learned that a local police officer had died in the line of duty after being involved in a severe accident. Agent José Ferrer-Pabón, badge number 35961, died in a vehicle crash while on duty. Agent Ferrer-Pabón was 44 years old.

It was near 12:30 am when Ferrer-Pabón was driving on PR-110 near the Rafael Hernandez Airport. He was heading back to the police station from Aguadilla, Puerto Rico, to close out his shift. While driving, an oncoming vehicle approached and was moving at excessively high rates of speed. As a result, the driver of the car lost control and swerved across the line striking the patrol car belonging to Officer Ferrer-Pabón in a head-on collision.

Agent José Ferrer-Pabón and both occupants of the other vehicle were killed in the collision. The other occupants included an 18-year-old male, who was driving, and his father. The loss was undeniably a terrible tragedy for both families.

Agent José Ferrer-Pabón was a proud member of the Puerto Rico Police Department. His most recent assignment was in the Stolen Vehicles Division.

Unlike other areas of the US, which have both local and state police agencies, the Island of Puerto Rico has the Puerto Rico Police Department, which has jurisdiction over the entire island. This jurisdiction covers an area of more than 3,515 square miles. The department has several divisions or stations across the island to provide quality law enforcement services to all areas.

The Puerto Rico Police Department has significant challenges not facing other agencies. The island is home to a population of more than 3.3 million residents. The island deals with a great deal of poverty, drugs, and gangs. There are also nearly annual natural disasters as hurricanes pummel the island and its residents. As a result, the police on this island have to enforce laws and realize the plight of many on the island.

The PRPD work in hazardous conditions to keep crime at bay on an island with many illegal activities and gang violence. One of the obligations for keeping the peace is to provide safety to vacationers, who are a significant source of the island’s economy.

The Policia De Puerto Rico shared the sorrow they felt over the loss of their colleague. “There are no words that can describe the pain that represents the loss of one of Mis Policías, our partner José Ferrer Pabón, plate 35961, attached Vehicle Hurtado Aguadilla. It has been a very tough year for MY POLICE. They have faced countless complex events, and yet they continue and fulfill their promise to protect and serve, conscious of the sacrifice that comes with our oath. I ask God Almighty to both His loved ones and all of us to give us the peace and comfort we so much need. To the people of Puerto Rico, know that our commitment to them is unbreakable. Therefore, we must honor the memory of those men and women who have sacrificed their lives for our safety and a better Puerto Rico.”