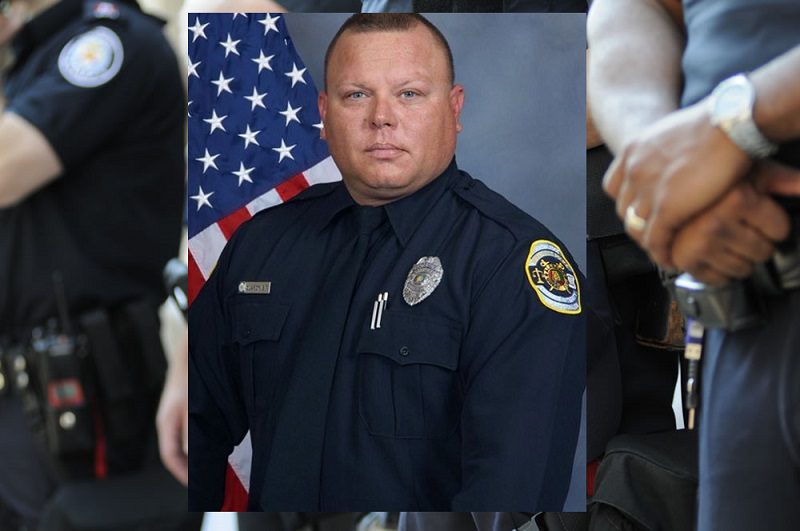 During a narcotics drug bust, Agent Billy Fred Clardy III, age 48, was shot and killed by the suspect. He was a member of the High Intensity Drug Trafficking Area (HIDTA) Gulf Coast Task Force.

On Friday, December 6, 2019, the task force had set up a buy-bust operation hoping to purchase a large quantity of drugs. Agent Billy Clardy was a STAC Agent under the HIDTA Task Force. There was a known offender who was the target of the undercover drug buy. It was understood that this suspect was bringing a large number of illegal narcotics to a home on Levert Street, near the intersection of Oakwood Avenue.

At 4:00 pm, agents attempted to arrest the suspect. The defendant opened fire on the agents, striking Agent Clardy in the chest. The suspect took off on foot but was shortly captured by other agents and arrested. Agent Clardy was rushed to the hospital for life-saving measures but later succumbed to his wounds. The suspect is being charged with capital murder.

While working as a police officer, he received dozens of awards. He was known as a local hero to everyone in the city. He received 19 certificates of commendation, two outstanding unit citations, and eight letters of appreciation. Also, while being a patrolman, he had several other assignments, including becoming a training officer. He became the local community resource officer and worked with the homeless in the area. He did everything he could to give back and believed in the words, “Serve and Protect.

Since the incident, the Huntsville Police Department Captains, have awarded Agent Clardy the Purple Heart of Valor, the highest accommodation given by the department.

The High Intensity Drug Trafficking Area (HIDTA) Gulf Coast Task Force is a group of agents and officers who work the major drug corridors along the southwest border and other critical distribution areas along the East Coast and the Midwest. Their main areas cover four states that include the interstates I-10, I-20, and I-40, which are primary drug trafficking corridors.

Agent Billy Clardy served with the Huntsville Police Department. The HPD serves all of Huntsville or ‘The Rocket City’ in Alabama. They are a large police department with three precincts, 421 sworn officers, and 182 civilian personnel. The department and its officers patrol and protect a city with an area of 213 square miles.

The sad news is that this is the second line-of-duty death this family has endured serving with the Huntsville Police Department. It was Agent Clardy’s lifelong dream to become an officer with this department. The HPD was the same department where his father served for many years. However, while on duty, his father tragically died in an auto accident in his patrol vehicle in 1979.

All of Alabama Mourns

Agent Clardy left behind his family, his wife, and five children. He had given so much of himself to the area and so many citizens. It was difficult for the community, and all of Alabama mourned his loss. Police Chief Mark McMurray had this to say during a news conference, “Billy Clardy was more than a Huntsville Hero. He was an American Hero.” He said this with great sadness in his voice.

Hundreds of patrol cars came from all over the state. Officers and their patrol cars from other states came and joined the procession after the funeral. In cold weather, falling sleet and snow, the entire community showed up to line the sidewalks between the church and the cemetery to say their goodbyes to their hero. Some stood solemnly, saluted, or put their hands over their hearts. One man stood out as he waved an American flag for his American hero.