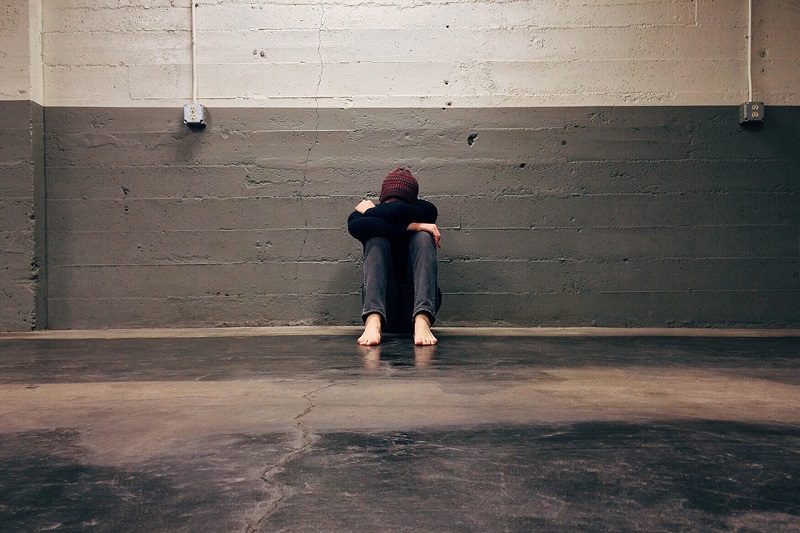 The job of being a law enforcement officer comes with many challenges. Every day officers face the trauma that may seem insignificant to them at the time, but day after day, the trauma they are exposed to begins to build up. It wears on them. Some are suffering from depression, PTSD, and alcoholism to stifle their feelings. Each officer reacts to trauma in different ways.

Officers who work in large cities, like New York City, find the job is unforgiving. Those who serve with the NYPD find the job has great human demands, financial restraints, and merely living, and policing in New York is a challenge in itself. Officers who serve in large cities can be exposed to more stressful events. They are exposed to traumatic events at a higher frequency and are exposed to horrible scenes and scenarios. The impact of these negative memories and the sheer volume of them can have a dire effect on an officer’s mental health, knocking down an officer’s mental will.

Jeff McGill, who is co-founder of BLUE H.E.L.P., wants to change the status quo. He said, “They say hindsight is 20/20. 2020 should be the year that we look back and realize that suicide is the biggest threat we face, and we should respond accordingly.” BLUE H.E.L.P. is keeping figures on police suicides and working on getting programs for help available to officers, but they also know that their numbers are most likely under-reported. The number one safety issue for police officers is suicide. Understanding, encouragement, available treatment options, and more research are needed to understand the problem better and work to reduce the number of officers lost to suicide.

People see mental health and treatment as a stigma or a weakness. Police departments across the country are facing an ever-present challenge of reducing police suicides and breaking the stigma attached to seeking help. John Adler, a former police officer and current director of the Bureau of Justice Assistance at the Department of Justice, stated, “You smash the stigma, you save lives.”

In August of 2019, preliminary numbers on line-of-duty deaths and other related officer deaths were released by the National Law Enforcement Memorial Fund. Each year they release statistics mid-year to help assist departments in finding resources to help reduce the rates of loss of officers. Chuck Wexler, Executive Director of the Police Executive Research Forum, stated this. “The numbers show twice as many police officers have taken their lives as [have been killed] in the line of duty, which makes this the number one issue for police departments around the country.”

James O’Neil, NYPD Police Commissioner, put forth a message to remind officers that help is available to them. He wanted them to know that there are no barriers or stigmas attached to seeking help. He had a clear message for all officers in the entire country: if you need assistance, seek it. We are here for you, and we understand.

The Commissioner stated this. “To every member of the NYPD, please know this: it is okay to feel vulnerable. It is okay if you are facing struggles. And it is okay to seek help from others. You may not know this, and it may be hard to imagine, but you are not out there all by yourself. More people than you know, who wear the same uniform as you do, share the same doubts and fears and struggles that you do.”

“Seeking help is strength,” he added. “Talking about your problems is strength. Acknowledging you need a place to turn is strength. There is no shame here — only a promise to provide you with the help and support you need and deserve.”

This acknowledgment is precisely the kind of support that BLUE H.E.L.P is looking for. The organization is looking for success stories; they believe that officers who have worked through their hardships to resolve a mental health crisis shows strength and can be a powerful tool – a message to other officers who may be in need.

BLUE H.E.L.P. Public Relations Advisor, Doug Wylie, stated, “Success stories need to be told – they exist, and they can help police officers, agencies, and organizations continue to change the culture in law enforcement in positive ways.”

In 2019 there was a 32% increase in law enforcement suicides over 2018. 228 American law enforcement officers took their own lives in 2019. It is the fourth consecutive year that this has been studied, as the number of suicides among officers takes more lives than all other line-of-duty deaths combined.

The number each year is dramatically increasing. For 2019, there were 228 lives lost. In 2018 the number of officers lost by suicide was 172. In 2017, there were 168 lives lost, while in 2016, Americans lost 143 officers. These are only the number of lost lives that are reported. Due to the stigma involved, it is believed these numbers are under-reported.

Demographics show that the majority, 90%, are male, while 10% were female. Most were veteran officers with 20 – 25 years of service.

At the PERF (Police Executive Research Forum) conference, risk factors for officers were presented like mental health issues, PTSD, depression, and more. The researchers invited all police executives to help their officers get treatment for depression and other mental illnesses. They further explained that this type of therapy is no different from any other form of medical health treatment or care that an officer would receive for any other medical condition.

Part of the problem is the stigma surrounding officers who seek help. PERF participants explained that even in large departments that have great wellness programs, the blue ‘culture’ still demonstrates that getting any type of mental health care is a sign of weakness or incompetence. The idea that they would be looked down upon by their co-workers or senior officers causes many officers and their families to hide signs that an officer is having trouble. PERF research indicated that stigma for officers could occur in one of two ways:

Dr. John Mann, who is from the Columbia University Medical Center, had this to say on the subject, “Think about how difficult it is for officers to get treated for depression without compromising their career in some way. The officer doesn’t want to come forward. The family protects the officer’s privacy and helps the officer avoid getting help for the illness, even though the illness could potentially threaten the officer’s life. And even if the depression isn’t life-threatening, it certainly affects how well they perform on the job. And they feel terrible. That’s not good for anyone’s morale.”

Here are some other risk factors to look for:

What to Look For

The American Foundation for Suicide Prevention has identified three distinct categories of general warning signs that indicate that someone may require help.

Departments can get involved to help reduce the number of suicides in law enforcement. These actions can include getting involved with research organizations and reporting accurately when a suicide occurs in your department. This report can also add a psychological autopsy, which will help researchers understand how to implement programs that will further prevent more deaths.

Carefully restructure the department’s policies on gun removal for officers who are seeking help. These decisions should be handled on a case by case basis and with high sensitivity. While the availability of firearms poses a unique risk, taking away an officer’s firearm can also be detrimental to their sense of identity, as well as create a sense of loss in their purpose in the organization. It can be counterproductive and increase an officer’s feelings of hopelessness and depression. Also, the fear of losing their weapons can prevent an officer from seeking help. In light of this, be sure to set extremely high thresholds for removal recommendations.

Providing access to quality mental health treatments and acceptance throughout the department at all levels for those who seek it is essential. Leaders should instill a culture of acceptance. Teach your officers that the stress from their jobs needs an outlet for their mental health, but also for their physical health as stress and anxiety can play a large part in an officer’s physical health as well. Actively demonstrating that counseling and other forms of therapy are a positive release for the job stressors should be part of the culture of acceptance within your teams.

Offer Employee Assistance Programs to the officers in your departments. These types of programs help substance abuse issues and relationship problems. EAPs can also be an essential part of suicide prevention efforts. They can use their knowledge to provide information and mental health care resources to officers. Having a quality EAP program can ‘normalize’ officers seeking psychiatric health care or counseling.

Another critical thing to remember for the entire department is to maintain the confidentiality of other officers. Make this a mandated requirement for your officers to follow. Knowing that seeking help or counseling doesn’t get disclosed to others means that officers are more likely to seek assistance when they need it the most.

Bringing down the number of suicides in any occupation or any area of the population is vital to everyone. No one wants to suffer the loss of a loved one. Actions to prevent law enforcement suicides, specifically, is long overdue. As first responders, they experience different types of trauma daily. This type of trauma alone should be a warning sign to executives that mandating programs to encourage mental health checks, support groups, and other curricula should be a part of the department. As leaders, it is crucial to change the atmosphere in the departments to one of understanding and encouragement, so that when an officer seeks help that the team is 100% behind them and not there to degrade them or make them feel ashamed for asking for help.

The point is to keep healthy officers on the job and to save lives. It’s time to bring the number of police suicides down.