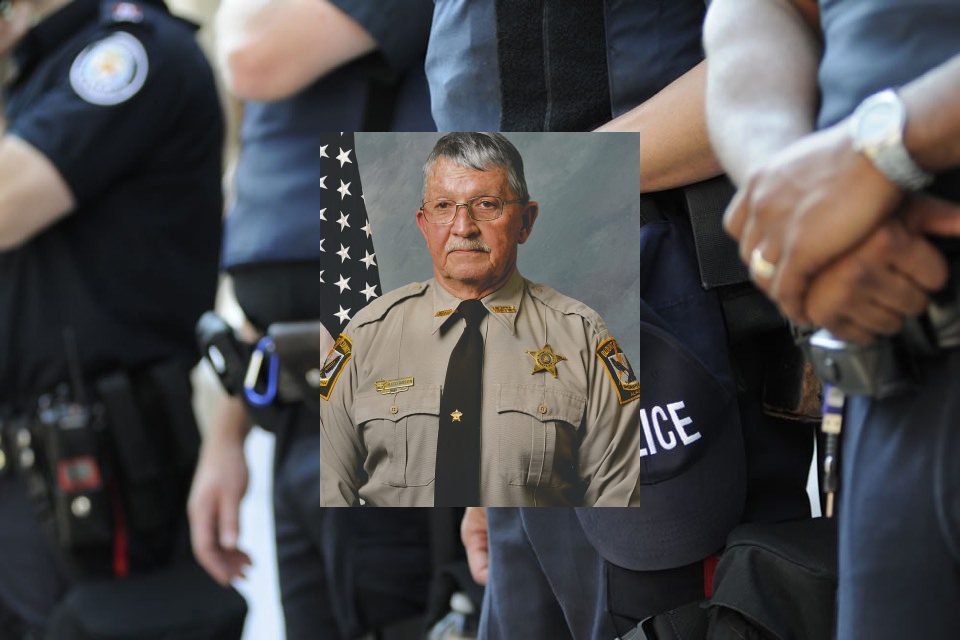 Alabama officials were saddened to announce to residents that a local veteran officer had passed away due to COVID19. On Saturday, August 21, 2021, Deputy Sheriff Harry “Buddy” Hutchinson, badge number 172, died due to the complication from contracting the coronavirus while on duty. His most recent assignment was to provide security at the Blount County Courthouse. Deputy Hutchinson was 70 years old.

Sadly, COVID19 has become the number one cause of line of duty deaths among law enforcement nationwide. Hundreds of officers have died across the country due to the illness. Many of these officers have children who now face uncertain futures without their family leaders by their sides.

Deputy Hutchinson began his adult life in civil service. After graduating high school, Hutchinson joined the military. He is a US Air Force Veteran from the Vietnam war. After his time in the service, Hutchinson returned home, married, and started a family. However, he still desired to work in civil service and set a goal to become an officer. He had served with the Blount County Sheriff’s Office for more than 20 years.

Located in Oneonta, Alabama, the Blount County Sheriff’s Office provides various law enforcement services, protection, and more to approximately 60,000 residents. Blount County is located in north-central Alabama and has a great deal of opportunity to offer residents and visitors.

Officers patrol 651 square miles each day. This includes nearly 6 square miles of waterfront. The Blount County Sheriff’s Office has a water search and rescue team because the area is near the Locust Fork River, a popular destination for kayakers and canoers. The department also has skilled rock-climbers to help with rescues, as the site attracts rock climbers worldwide. In addition, it is known for its great 70-foot cliffs in the 100-plus acre Palisades Park.

Deputy Sheriff Harry “Buddy” Hutchinson leaves behind his wife and three children. Residents, neighbors, friends, and extended family will help the Hutchinson family through these difficult times. Area law enforcement agencies will volunteer their honor guards to help commemorate the services for Deputy Hutchinson. The idea is to show gratitude for the sacrifice made on behalf of the entire community.

Steve Wightman of The Big Shout Out posted details of the loss on social media. “Honoring Blount County, Alabama, Sheriff’s Office Deputy Sheriff Harry “Buddy” Hutchinson died August 21, 2021, after contracting COVID-19 while he was assigned to the Blount County Courthouse. Honor him, so he is not forgotten.”

ATF Headquarters shared their grief with Hutchinson’s family and coworkers. “Our thoughts go out to the Blount County Sheriff’s Office and the family and friends of Deputy Sheriff Harry “Buddy” Hutchinson, who died from complications after contracting COVID-19 while on duty. #LODD #EOW.”

Retired Chief Stephen Marshall of Georges Mills shared his condolences with the family and other officers who knew Deputy Hutchinson. “A police officer should be remembered not by how he died but how he lived! A great man has gone to secure a safe path for the rest of us to follow. Thank you to you, your family, and the Blount County Sheriff’s Office. Our country is a little less safe without you. Rest in peace, Brother!”